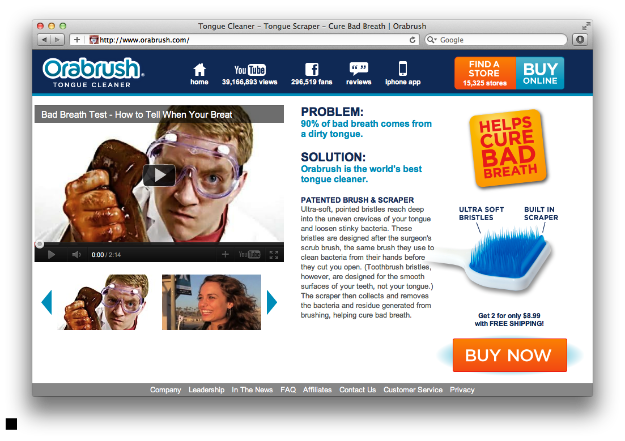 Can a YouTube video get your business into Wal-Mart? If it goes viral, it just might. The NY Times has more:

On Tuesday, Provo, Utah-based Orabrush Inc. announced its flagship product â€“ a tongue cleaner â€“ would be carried in 3,500 of Wal-Mart Inc.’s 3,800 U.S. stores thanks to a social-media campaign launched two years ago.

Orabrush initially marketed its tongue cleaners directly to consumers with a TV infomercial in mid-2008, according to founder Bob Wagstaff, who invented the product. But the strategy didn’t perform well.

So they turned to YouTube. The rest, as they say, is history. Their first video is below.