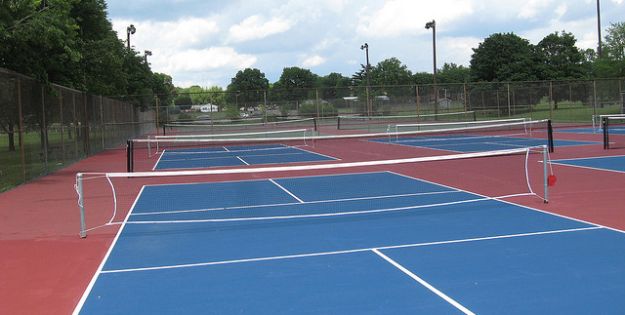 New people invent new games all of the time, but sometimes one of those games will gain a following. For Pickleball, that would be the boomer generation.

Krump said the game is similar to tennis but played on a smaller court.

Pickleball is named for its inventor’s pet, said Jerry Steger, an ambassador for the USA Pickleball Association.

“The inventor had a dog named Pickles who used to go chase the balls when they would hit them,” he said. “And that’s how the game was actually named.”

The sport is played across the nation, according to Steger. The USA Pickleball Association estimates there are 100,000 active players in the U.S.

Steger is part of a pickleball club that’s made up of nearly 200 members.