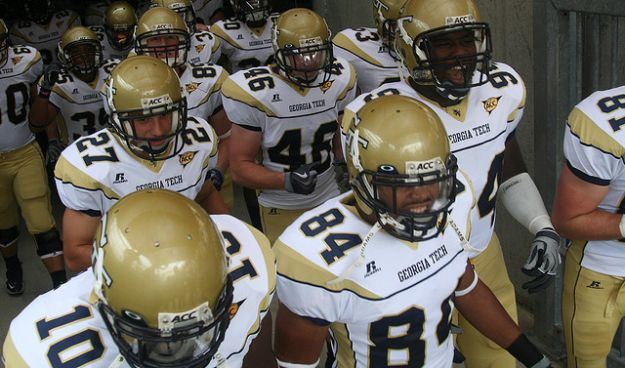 Byron Donzis recently passed away at the age of 79, but he will always be remembered for that important piece of equipment that all football players wear: the flak jacket.

In 1978, Byron Donzis walked into a Houston hospital looking for Dan Pastorini, the Houston Oilers’ prized quarterback who was laid up with three broken ribs from a recent game. Donzis was wearing a trench coat and carrying a large bag. He was accompanied by an associate wielding a baseball bat.

They sweet-talked their way past the nurses and into Pastorini’s private room. The quarterback thought the two strange men must have lost money on the game and had come for revenge.

Instead, Donzis instructed his friend to smack him across his rib cage as hard as he could with the bat. His buddy hit him four or five times but Donzis didn’t flinch. When he pulled back his coat to reveal a garment that looked like a life jacket, Pastorini was agog.

“I said, ‘I’d like to have one of those,'” Pastorini recalled telling Donzis. A few days later, the National Football League star donned Donzis’ “flak jacket” in a big game and led his team to the playoffs.

The flak jacket became standard gear in the NFL and the greatest success in Donzis’ prolific and sundry career as an inventor-entrepreneur.