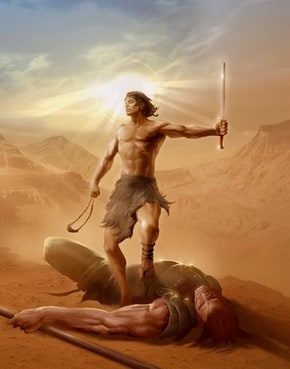 Every businessperson would agree that trademark infringement is a serious issue. But when a multi-million dollar corporation goes after a mom-and-pop store, you can’t help but root for the underdog.

Most of the time, David doesn’t stand a chance against a Goliath of the industry, but here are a handful of cases where the little guy fought back and didn’t end up empty-handed. And sometimes, against all odds, he even wins, according to a story in Mental Floss.

Microsoft v. MikeRoweSoft
At 17 years old, Michael Rowe started his own website design company. Looking for a catchy name for the business, he decided to create a parody of computer software giant Microsoft using a variation of his own name. Rowe purchased the URL mikerowesoft.com.

The Bill Gates empire caught wind of the site and threatened to sue for trademark infringement. To avoid litigation, they graciously offered Rowe $10 to reimburse the expenses incurred in buying the web address. When the story started hitting online news sources, the outcry from average web surfers was intense. A defense fund was set up in Rowe’s name and people donated around $6,000 to help him fight the power.

After the online commotion died down, Rowe began to realize just how much was at stake if he saw this case through. His measly $6,000 was nothing compared to the billions Microsoft had at its disposal. And should he lose, Rowe would be responsible for the court costs of a team of Microsoft lawyers, a fee he’d be struggling to pay for the rest of his life. He began to wonder if he should just take his $10 and throw in the towel.

However, the bad press Microsoft received was enough to make them sweeten the deal. In the end, Rowe handed over the website in exchange for Microsoft Certification training, a trip for his family to a tech conference in Redmond, Washington, assistance to set up a new website, and an Xbox videogame system.

Burger King v. Burger King
Back in the early 1950s, Gene and Betty Hoots bought the Frigid Queen ice cream stand in Mattoon, Illinois. A few years later, they expanded to a new building, where they sold burgers and fries. When looking for a name for this new venture, it was suggested that a queen needs a king, so they called the business “Burger King.” They registered the name with the State of Illinois in 1959, giving them exclusive rights to the moniker in the Land of Lincoln.

However, there was another Burger King you might have heard of that was busy building three dozen burger joints all across the South. Thanks to this success, they expanded into the Midwest and, in 1961, opened a restaurant in Skokie, Illinois, followed shortly by another in Champaign, Illinois, just an hour north of Mattoon. By 1967, Burger King Corporation had opened 50 locations across the state.

After years of legal back-and-forth between the companies, Gene and Betty Hoots finally sued the Burger King Corporation in an effort to stop them from using the name Burger King in Illinois. However, because the Home of the Whopper was by then a nationwide chain, the corporate giant was allowed to keep the name.

But that didn’t mean the Hootses had to change the signs on their building. The courts ruled that they owned the exclusive rights to the name Burger King within their business region, legally defined as a 20-mile radius around town. To this day, if the other Burger King wants to open a location there, they have to pay the Hootses to use the name.