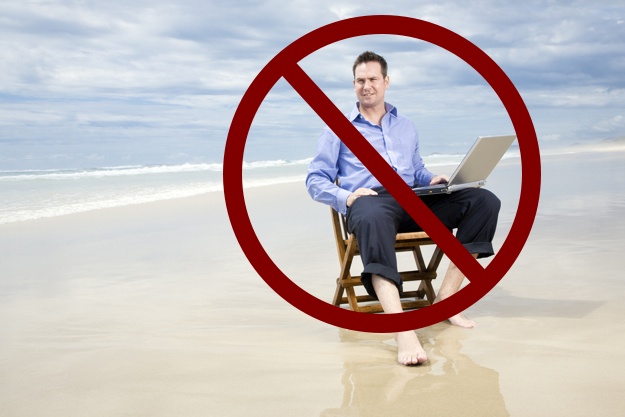 There’s a fashionable mantra being preached by ecommerce gurus that one can live and operate an online store from anywhere and that the online store can operate in any country, especially if you employ the drop ship model. This is a falsehood that needs to be challenged, at least according to Robert Mangan, who owns and runs an online fitness equipment store in the U.S. from his home city of Melbourne, Australia.

When I began my online store I decided that I wanted to sell to the U.S. market using a drop ship model of retail. Why? Because, right now, the world’s largest market for online retail is America and Americans are among the most willing to purchase goods online, even expensive items such as home exercise equipment. The potential is huge, much larger than operating the same business in Australia.

Using drop shipping also frees me of having to carry inventory as drop shipping means that I receive orders, which I then forward to a supplier who then ships the goods directly to my customers. Employing a drop ship model for retail means next to nothing start-up costs and cash-flow problems all but disappear as my business receives payment from customers before my business pays suppliers.

But, I live and love living in Australia so I wanted to sell to the U.S. without having to relocate there.

I soon found out that this wasn’t going to be easy. Sure, I found that technology and the internet did indeed make it possible to do many things remotely. I was able to outsource the design of my site to places such as India, Nepal and Moldova. I could pay a monthly subscription to a U.S. based virtual PBX phone provider, thereby using U.S. phone and fax numbers that route through to my home in Australia.

Modern technology meant I could be based in Australia – or anywhere else for that matter.

But, I soon found out that my business had to be based in the same country as my customers.

I realized that in order to buy wholesale I needed to incorporate my own company – no real wholesaler will deal with you unless you operate through a company. It’s the tax law: a wholesaler must charge tax unless it sells goods to a retail company that has a reseller’s license.

I wanted to sell fitness machines to U.S. customers and this meant sourcing products from suppliers in the U.S. I didn’t want to drop ship products from overseas as dealing with shipping and customs can be a nightmare. Therefore I had no choice but to incorporate in the States.

Having a U.S. company then meant having a U.S. business account and merchant account. Using an offshore bank merchant would have entailed crippling charges.

When you approach a supplier you need to put them at ease. You need to convince them that you know what you’re about and that you have a good business plan. They also need to feel that they can trust you. For them, dealing with a retail outfit that is incorporated in the U.S. is much safer than dealing with an overseas business.

There are three words one must never forget about running a business and those three words are: location, location and location.

Believe me when I tell you this: Your business needs to be were your customers and major suppliers are; even in this day and age. I’ve been successfully running my business in the U.S. from my home in Melbourne and it works brilliantly.

Just remember: a company and its services can be run and managed from virtually anywhere on the planet but the business itself still needs to be based where your target market lives. And, until all our governments change our tax and banking laws it’s going to remain that way.

Robert Mangan lives in Melbourne, Australia and is the owner a U.S. online retail store selling fitness equipment. You can find out a lot more on how he set up and runs his U.S. business by visiting www.americanbusinesslaunch.com.