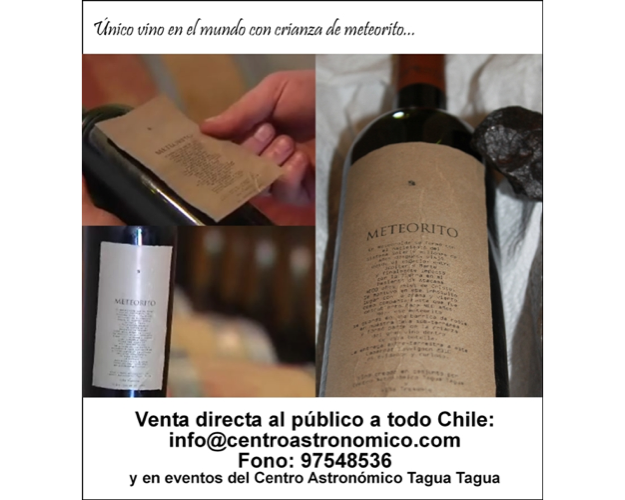 Ian Hutcheon is a 40 year old British astronomer living in Chile that has has combined his two great loves, astronomy and wine making. He’s created what is believed to be the first wine aged by a meteorite formed during the birth of the solar system.

His wine, called “Meteorito” was created with grapes from Hutcheon’s Tremonte Vineyard and a 4.5 billion year-old meteorite that crashed into the Atacama Desert in Northern Chile about 6,000 years ago.

He explains on the wine’s label: “The meteorite used in the creation of this wine came from the Asteroid Belt between Mars and Jupiter, and the idea behind submerging it in wine was to give everybody the opportunity to touch something from space, and extra-terrestrial rock, the very history of the Solar System, and feel it via a grand wine.”