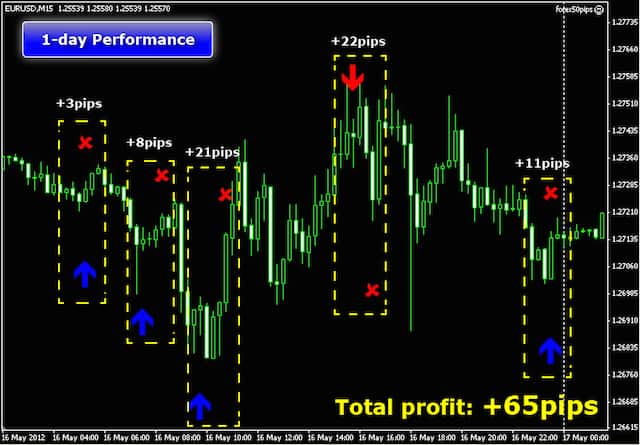 Online trading is often described more as an art than a science. Yes there is need to understand those complex ratios, charts and numbers but your individual qualities as a trader can definitely provide you the much needed edge over your competitors. For all those who have always had this idea that artists are hardly tamed by discipline, well forex is not really for you. In fact, forex or online trading is not even a suitable earning option for those who think that forex is â€œonlyâ€ about following charts, market trends and numbers in order to determine trade executions.

Trading, in fact, is a power to not only go through charts but actually â€œreadâ€ them. How well are they (i.e. these charts) reflecting the market? There might be some wrong bets as well the right ones. Trading is a continuous exercise of combining numbers with your ability to analyze market moves. It cannot be achieved in a day. Yes you gotto keep on practicing. But, does that mean that you keep on losing money just in order to hone your skills in the trade?

Combination of talent and discipline

The answer is â€œnoâ€. And here is where the question of discipline comes in. A good forex tutorialwould tell you that that a disciplined trader knows the value of â€œpracticeâ€ and that of stop trading at the right time. And when we say that you have to keep on practicing, we are not advising you to keep on â€œtradingâ€ with your money, without considering its fate. Yes, you will be trading (most preferably as long as you want) but only with a virtual account- not a real one. A forex demo or virtual account aids you to trade with â€œfalseâ€ money under real market conditions so that you can get a hang of the way in which this market functions. One of the biggest mistakes that impatient beginners end up committing is that they do not practice sufficiently before venturing in to real trading. A few successful trades (in the practice session) and there they are just too eager to trade in the real market! However, if you are not practicing enough, even if you are executing successful trades in the practice session, you are actually ending up with half-baked knowledge about the trade!

Seasoned traders make it a point to adjust their time frames. Very often it so happens that you get flustered by the charts belonging to various time frames. Apparently what an intraday chart might show as a selling opportunity, a weekly chart might reflect as a buying one. So itâ€™s important to strike the right synthesis between daily and weekly charts. If youâ€™re willing to consider the buy signal from a weekly chart, wait until the daily chart also confirms the same.

One thing which a demo account wouldnâ€™t really make you aware of, is your exact state of mind after you end up losing or winning â€œreal moneyâ€. Emotions can run high during both these times. You might be inspired to invest more in both these cases. While you will be primarily driven by overconfidence while you are wining, you might as well be guided by the â€œimpractical hopesâ€ of making it big even after initial losses. The key is to close trade wisely in both these instances. While in case of winning, it (closing trades on the right time) will limit your losses, you will save yourself from losing â€œmoreâ€ when you are already losing.