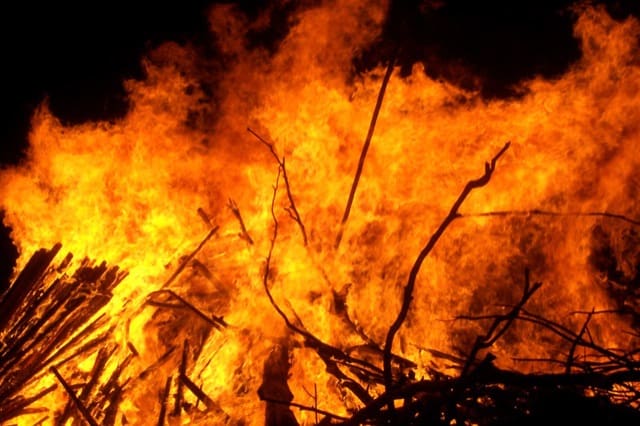 It happens at night, while youâ€™re tucked up in bed, roaring through your office corridors and beating down your workplace walls. A fire is loose, and itâ€™s destroying everything youâ€™ve ever worked for.

Itâ€™s only when you drive up to it in the morning that you see the horrific aftermath â€“ crowds of people gathered around smouldering remains as firefighters cordon off the area. The area that was once your office is nothing more than ashes and rubble.

Youâ€™re not the only person whoâ€™ll suffer this. Thousands of entrepreneurs every year will fall victim to flames ravaging their premises. But they could have done so much more to help combat a breakout.

You might never have considered it, but your air ducts and ventilation systems can be a huge fire hazard on their own, providing the potential for backdraft and literally fanning flames with more air circulation.

However, air ducts can also be vital to providing oxygen for workers who could be stuck in the midst of a fire, so they have to be protected. Invest in some 4 hour ducts that will give your ventilation shafts perfect fire security until the fire brigade arrive.

That way, at least one part of your business will still be left standing.

Have Ammo in Your Arsenal

Like any fight, you have to have the right weapons for the job â€“ and the same goes for the fight against fire.

In many countries, having the appropriate fire safety equipment is a legal requirement, but you can still go above and beyond the call of duty to fight flames more effectively.

Start by purchasing the basics â€“ fire extinguisher, blanket and a standard smoke alarm will generally suffice for smaller workplaces. But if youâ€™re looking to gild the flaming lily, install an automated sprinkler system, hose and an alarm system to alert you remotely should a fire break out.

So, if flames are battling your office, youâ€™ll be able to bring the fight to them.

Just picture the scene â€“ raging around the office, a fire has become too fierce to quell. You run as fast as you can away from it, stumbling and staggering through corridors, tripping over boxes and bits of junk. Narrowly, by the skin of your teeth, you reach the exit and make your escape.

But not everyone is that lucky. Clear walkways mean you wonâ€™t have to stumble away from flames, but calmly walk without fear of danger. More than this, persuade every employee to maintain the same cleanliness routine, as well as general fire safety. That way, you wonâ€™t have to escape from flames in the first place.