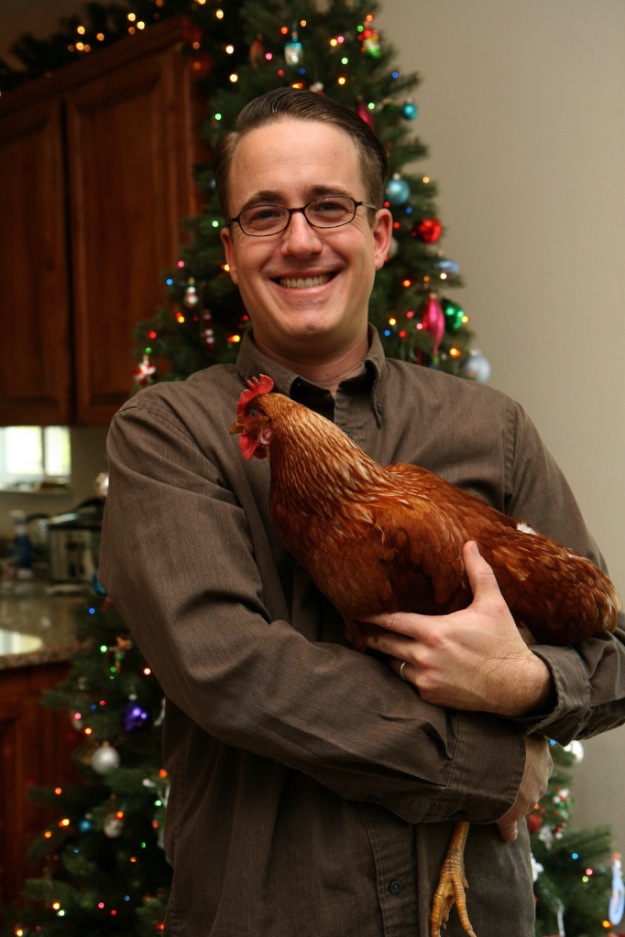 If, like me, you keep track of the price of commercial chicken feed, you know that for some hipsters, raising chickens in your backyard has become an incredibly popular urban hobby. The hobby has continued to grow, evening during the recession, because of the free eggs. The free eggs don’t go on forever, though. At some point, a few years into their lifecycle, chickens stop laying eggs.

Unlike real chicken farmers, backyard chicken tenders don’t usually turn their old hens into soup when they stop laying. Instead, they’d like for their chickens to spend their remaining days pecking for bugs and scratching up grass.

It’s expensive to feed non-productive chickens, because of the increased demand for feed for backyard chickens. (The circle is vicious, isn’t it.) So what’s an urban chicken “farmer” to do? If they live in Oregon, they might take them to the Lighthouse Farm Sanctuary, a kind of retirement home for farm animals.

The NY Times has more on the phenomenon:

And the increasingly intimate relationships have led some bird owners to make plans for their chickensâ€™ unproductive years. Hence a budding phenomenon: urban chicken retirement.

While many Portlanders still pluck aging birds for the broiler, others seek a blissful, pastoral end for them. Because most chickens lay the majority of eggs early in life, and can live about 10 years, the quest for a place where chickens can live out their sunset years has brought a boom to at least two farm animal sanctuaries and led Pete Porath, a self-described chicken slinger, to expand the portion of his business that finds new homes for unwanted birds.

â€œI would say Iâ€™m a halfway house for chickens on the move,â€ he said.

My chickens don’t really live in the house, btw.