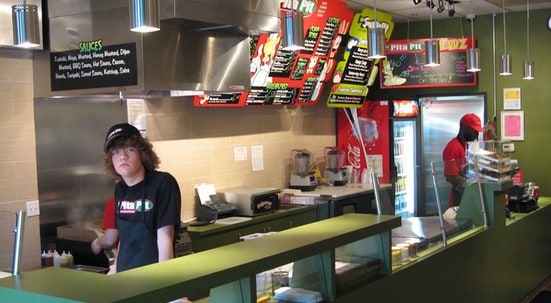 Watching fellow college students working for $7.50 an hour after graduation, Tana Walther, a fashion-design major at Kent State University in Ohio, snapped up an alternative offered by her father–to run a Pita Pit restaurant franchise he would buy. “I guess I bought her a job,” says her father, Jan Walther, of North Canton, Ohio.

According to The Wall Street Journal, parents often say they would do anything for their child. Setting a child up in business is surely one big test of that bond. A lot is at stake: Small-business failures are common, and parents risk losing their entire investment, their life savings, or more. They also risk straining their relationships with young-adult children intent at this stage on independence.

Still, many parents see business ownership as a better bet for their kids’ future than a graduate degree. And in this era of renewed interest in entrepreneurship, some parents I interviewed described it as a way of recapturing for their children a stake in “the American dream”–the opportunity to control their destiny and have a chance at gaining wealth.

Many parents choose franchises for their kids because they seem to offer marketing, branding and management support. While no data on failure rates is available, a study by the Small Business Administration’s Inspector General in 2002, the latest available, said there was no evidence that franchises succeed any more often than independent businesses.

Start-up costs, including leases for space and equipment, range from roughly $5,000 to $10,000 for such low-cost operations as cleaning franchises, to $1 million or more for popular fast-food restaurants. Information on risks and legal pitfalls for franchisees can be found at BlueMauMau.org, an online trade journal.