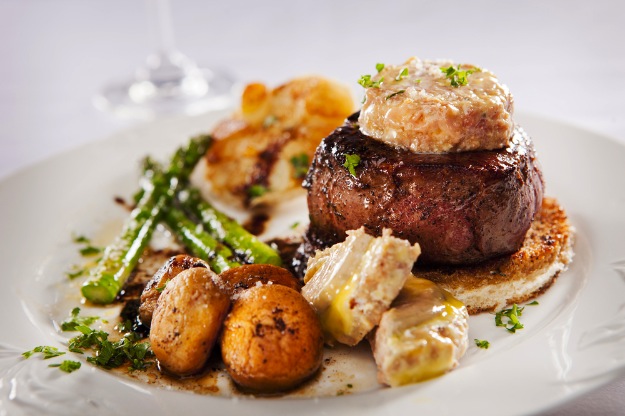 That filet mignon you ordered at the fancy steakhouse the other day? It wasn’t an expensive cut of meat.

Terje took powder and dusted it liberally over the meat pieces. The coated stew meat then went into a circular tin to give it a nice, round filet mignon shape. He was also able to make a New York strip out of thin cuts of round steak. Adding water makes a soupy glaze, and an easier way to coat the meat.

The final steps were to seal the meat in a vacuum bag, adding some pressure to the bond, and then it was off to the fridge to set overnight.

Does this inspire you to take something cheap, add a little science, and turn it into something expensive?