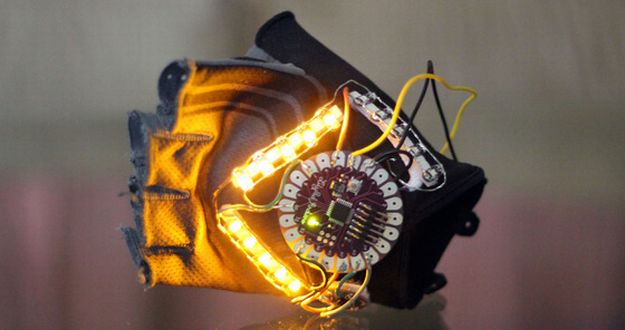 Whether it is to safe money on gas or a need for exercise, cyclists are popping up everywhere. It was when Jack O’Neal was stuck behind a cyclist signaling with his left hand that he was struck with inspiration. That inspiration became YouTurn. He has created unique gloves cyclists wear that help signal their intent to turn.

O’Neal calls the device the “YouTurn.” It’s a glove worn by the cyclist on which an arrow lights up showing which way the biker intends to turn.

It’s just a prototype, but so far the reaction from cyclists has been positive.

“Yeah, I think it could help. I mean anything that increases visibility is going to help cyclists,” said cyclist Jim Carlton.

O’Neal has placed the YouTurn on Kickstarter.com, a Internet-based funding platform with the goal of raising $50,000 towards development.

Users can pledge money towards development.

If the funding goal is reached he will be able to crank out a first batch.

O’Neal says he doesn’t know what a sale price would be yet, but that the YouTurn would cost less than $50.

Photo from YouTurn on KickStarter