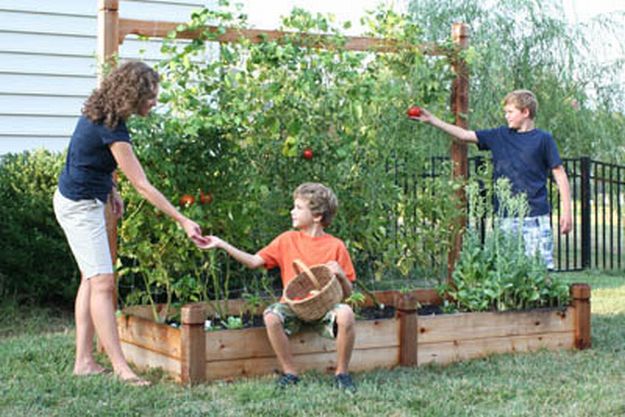 Al Benner believes everyone should have a garden. For anyone with an aversion to playing with dirt or simply do not have the time to care for a garden on their own, there is Backyard Farmers, reports philly.com.

“I’m one of these guys with a lot of energy,” the 48-year-old Mount Airy resident said by way of explaining what is, by his count, his seventh business effort:

Providing homeowners turnkey organic vegetable gardens that don’t require them to thrust shovels into the ground, or even do the watering.

The gardens, costing a couple of thousand dollars each on average, are raised beds of special soil enhanced with micro-nutrients and locally grown plants, contained in cedar frames made in South Carolina and irrigated with drip systems.

Backyard Farmers, formed at the end of last year, joins a bumper crop of small businesses by Benner including companies specializing in deer fencing, cat fencing, moss (the inspiration for which is obvious), gift baskets, a sustainable Costa Rican community, and a harvest-sharing farm in Wayne County, Pa. There was also the roadside vegetable stand Benner operated when he was 12.

He has sold off the deer-fencing and gift-basket businesses, and unapologetically concedes running companies is not where he gets his thrills.

“I am a person who thrives on start-ups,” Benner said. His favorite place, the outdoors, is a common theme.