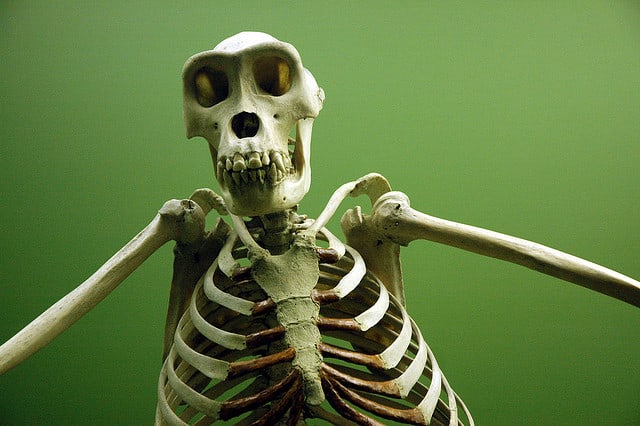 Just because your area of expertise is something exotic like anthropology, doesn’t mean you can’t make a business out of it. A forensic anthropologist from North East England has started his own business to help police identify human remains:

A Senior forensics and crime scene lecturer at Teesside University is launching a new digital business which will help the police to identify human remains.

Dr Tim Thompson, 34, has become accustomed to the grisly task of analyzing skeletons and bone fragments to see whether they are linked to a recent crime, or are part of an archaeological find.

His expertise has taken him to Thailand, where he helped to identify victims of the tsunami in 2004, and he also assisted with war crimes investigations in Kosovo in the aftermath of the Balkan conflicts of the 1990s. Alongside high profile cases, Dr Thompson is regularly called upon by the region’s police forces when unidentified bones have been unearthed.

“To most people, what I do probably seems like a rather strange job, but it is very rewarding,” said Dr Thomspon. “Being asked to help identify bodies in mass graves in Kosovo is incredibly important work and outweighs the inherently unpleasant nature of what you are doing.”

Noticing that his profession had failed to keep pace with the latest technology, Dr Thompson decided to set up his new business venture. Thanks to a grant from the Teesside University’s Enterprise Development Fund and a fellowship from Middlesbrough-based Digital City, he has started, Anthronomics.

BTW, yes, the photo is of a gorilla skeleton, not a human one.