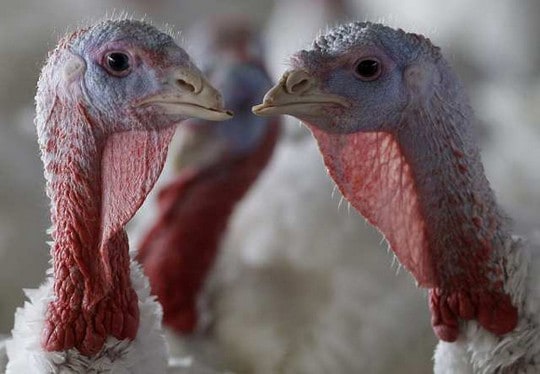 Being trapped at the dinner table for Thanksgiving dinner with the relatives can be enough to drive anyone to the liquor cabinet, but there’s no need for the “Two Buck Chuck” or even a flask this year, so says Brand X.

That’s because the nation’s first 100-proof vodka-infused turkey has arrived, and just in time, right? As our Times colleague Chris Barton said so eloquently, “Man, does this seem like a terrible idea!”

Paul Hurley, owner of O’Casey’s Tavern in NYC, is the culprit innovator here. His recipe for disaster for the drunken bird calls for it to be infused with 100-proof and fruit-flavored vodkas for three days, before being cooked and served with gravy (which, naturally, is also made with a touch of 100-proof vodka). And before you get any ideas, young ‘uns, the turkey will be served only for those 21 and over.

O’Casey’s is also providing a free taxi ride for anyone in the city who takes on this challenge of a feast, and Georgi Vodka plans to place the mischievous recipe in liquor stores everywhere. So is there really any excuse not to join in?