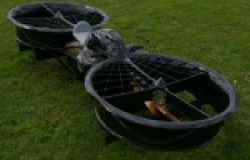 Ellie Scarborough suddenly found herself with a serious lack of confidence when the guy she’d been seeing for a year and a half broke up with her. Going through a long period of lows she decided to do something for herself. Picking up the phone Ellie went on to order the biggest bouquet of flowers ever, bigger than any man would have ever sent her. After she received those flowers that is when everything changed for her reports

She felt empowered, reborn – as if she had crossed a threshold. Something stirred within her. It was a bit of inner truth that even her alma mater, Vassar College, couldn’t teach. “I was in charge of my own happiness, and it had nothing to do with him or any man,” she says, sipping her frappe forcefully, as if for emphasis. And so began Pink Kisses. Launched in July, this Austin start-up has your back – that is, if you are a woman and you are a lover scorned. Pink Kisses, a company offering women the means and opportunity to self-pamper, will spoil you. From its whimsical and colorful website (Pinkkisses.com), you can send yourself (or a suffering friend) flowers, a personal coaching session or virtual gifts. Some packages propose twice daily inspirational e-mails, twice-daily sassy texts, or a “Diva for a Day” photo shoot (the glam team comes to you no matter where you live). Perhaps the crÃ¨me de la crÃ¨me is the “Better than Sex” collection of Austin-made, irresistible truffles. I gobble some up at Halcyon, and guess what? They really are better than sex. I lick my fingers, sit back with a sigh of satisfaction and ponder which flavor is better: pink champagne or milk chocolate? “Women are fabulous creatures who deserve to be spoiled,” says Scarborough, who moved to Austin in November to begin Pink Kisses. Here, she joined forces with two other once-heartbroken, now healed, heroines. Together, they conceived a business plan with a goal of simply reminding women how wonderful and independent they are. “Nobody should battle a failed love affair alone,” says Scarborough, pointing out that Pink Kisses is as much about solidarity and support as it is about treats and frivolities. As “Queen Bee” and founder, Scarborough directs her team, which includes Amy Lynch, a maven of creativity and Annie Velasquez, a life coach, among other talents. Scarborough is passionate. “Women from 16 to 70 know how it feels to have a broken heart. Every woman is unique, but we’ve all been in that dark place,” she says. Logo from Pink Kisses