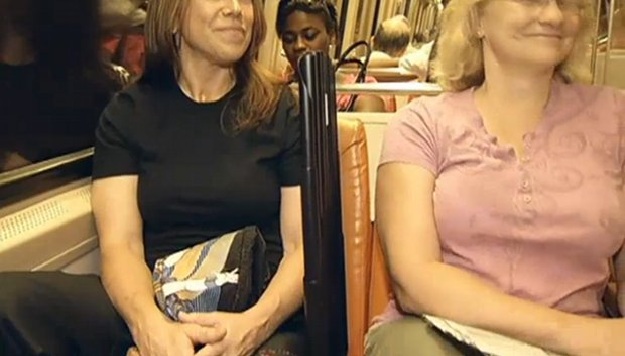 It’s always rush hour, when I’m packed into a crowded subway car, when I imagine that, somehow, a magic wall has gone up between me and the other passengers. As much I appreciate the human interaction that comes with riding transit, sometimes it’s just too much and I need my own space (even if it is imaginary).

Lisa Daly, a lawyer from the Washington, D.C. area, who regularly rides the subway, invented a real way carve out space on the train during rush hour with a device called the Sensory Shield.

But it’s not because she’s gets annoyed with people bumping into her.

Daly is autistic and has Sensory Processing Disorder. So when she’s in a crowded place, like the subway, she can get overstimulated, NBC Washington reports.

That’s why she designed the Sensory Shield. The design of the product is simple. You sit on the bottom section of the L-shaped device and a mini wall goes up between you and other passengers, preventing accidental contact.