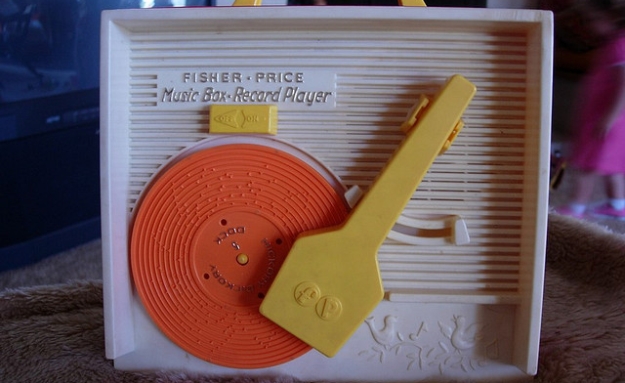 An inventor has recently found a way to make a vintage toy new again. Using a 3D printer and his software, you can print out your own records to play on the 70’s Fisher Price record player, reports Mail Online.

Now, in a show of old technology meeting new, an enterprising inventor has created a package which wiill produce your own record choices – as long as you have a 3D printer to hand.

Inventor fred27 has created a how to guide for producing your own records, allowing you to pump out anything from Happy Birthday to simple takes of popular pop songs to your heart’s content.

With 3D printing, you virtually design your object, and when you send the file to the printer, it will print out the object exactly as you wish.

Explaining his processes he said: ‘3D printing the record would seem to be a sensible choice and would definitely do the job.

‘However, we will end up creating plastic pins around 1mm in size that trigger the music box hidden in the record player’s arm.

Fred27 built a 3D template for the record, and this own program, freely downloadable, which allows you to import tracks, and the software will automatically create the ridges and grooves needed to create a 3D printed version.

Then, your file can be sent to the printer, and a 12.1cm disc will soon pop out, ready for playing.