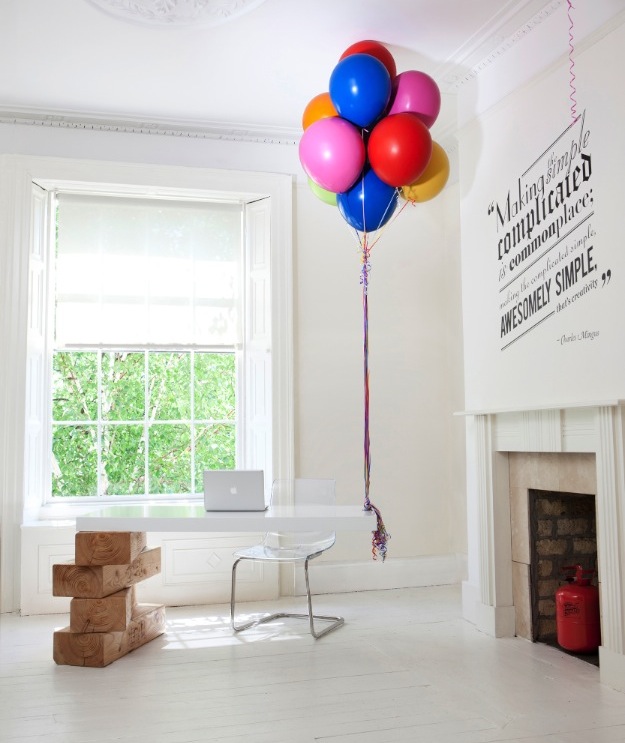 How do you build a desk suspended by balloons?

A company called Twisted Image finally started production in February. Their job was to fabricate permanent hot air balloons strong enough to carry the weight of the desk. A new type of rubber composite was used to make balloons that were genuinely air-tight and would never degrade, and Caltech were called upon to supply a Heluim/Hydrogen hybrid gas with an atomic weight 150 times lighter than Helium alone.

Ribbons reinforced with Carbo-Titanium (and in pretty colours) were used to secure the table top to the balloons, tied off on an aerospace grade titanium cleat.

How the Internet of Things Is Transforming Our World

Pros and Cons of Turning Your Website into an App

How the Internet of Things Is Transforming Our World

Using the Magic of Attraction Marketing