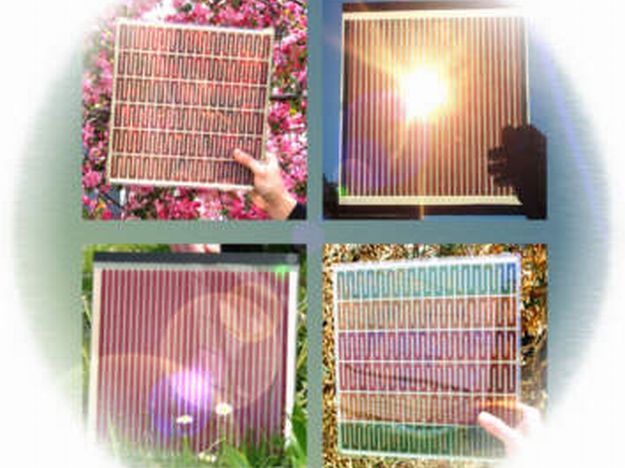 The technology was commercialized in 1994 by Dyesol, an Australian solar company that sells various DSC products and supplies internationally. Each DSC, covered in titania (a white pigment) and ruthenium dye, is a tiny electrolyte that mimics the natural process of photosynthesis. When exposed to sunlight, the ruthenium dye creates electrons that are absorbed by the titania to create electrical current. The cells can be attached–in the form of a spray or a paste– to glass, metal, including electronics, cars, trains, and buses, and construction materials for buildings and homes, as well as various other plastics and surfaces.

With the popularity of solar technology, the price of silicon has dropped globally. But DSC products are still cheaper to manufacture than traditional PV panels. It is arguable whether or not they are much more efficient, but unlike silicon-based cells, the technology has the added benefit, as does CIGS (Copper indium gallium selenide) thin film solar technology, that it can be applied to unconventional surfaces.