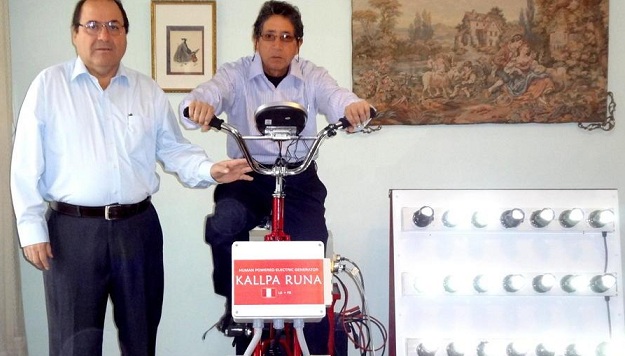 A Peruvian scientist invented a system based on a stationary bicycle that can produce enough power to light up a house for nearly a whole day. The invention may have wide application to provide electric power for lighting and heating in remote locations.

The invention
The device is called “Kallpa Runa”, which in Quechua (a native language spoken primarily in the central Andean region of South America), means “human power”. It consists on using the mechanical traction of a stationary bike along with a novel system of copper bovines and neodymium magnets. The Chinese neodymium magnets (also known as NdFeB, or Neo magnet) are made from an alloy of three metals, neodymium, iron, and boron. They are the strongest type of magnet ever made.

The system requires about half an hour of pedaling at a moderate speed to generate electricity which may be used directly or stored in a large battery.