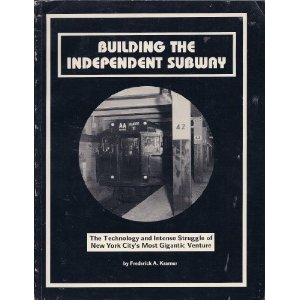 One of three rail networks that became part of the modern New York City subway, the IND was intended to be fully owned and operated by the municipal government, in contrast to the privately operated or jointly-funded Interborough Rapid Transit Company (IRT) and Brooklyn–Manhattan Transit Corporation (BMT) companies. It was merged with these two networks in 1940.

The original IND service lines are the modern subway’s A, B, C, D, E, F and G services. In addition, the BMT’s M and R now run partly on IND trackage. The Rockaway Park Shuttle supplements the A service. For operational purposes, the IND and BMT lines and services are referred to jointly as the B Division.

For more on this, read Building the Independent Subway.