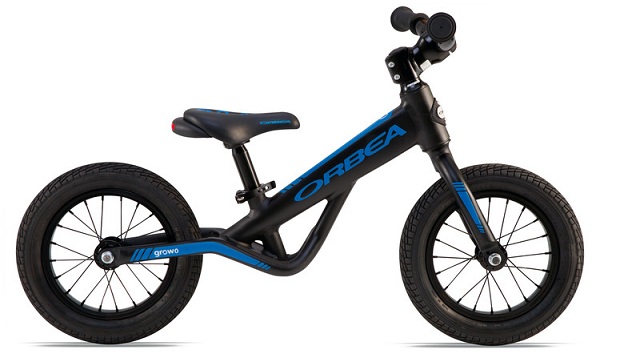 Kids outgrow their bikes unless, that is, they grow with them. Spanish bicycle designer Orbea has designed what may be the first line of bikes that expands with the frame of the owner.

With a crossbar, stem, and seat that can be lengthened over time, as well as longer-lasting components, the aptly named Grow bikes only need to be replaced every five to seven years compared to two to three years for conventional bikes, reports Orbea.

“We started thinking about how to make a better kids bike and after finishing the first project, we saw that something very important was not reflected in the product,” says Alex Fernandez Camps, the Orbea designer behind the Grow line, by email. “This product has a very high obsolescence!”

Instead, Camps tried reimagining the bike for a pint-size but growing customer. “We arrived at this iconic bike design that is lighter and very easy to ride and learn because of its different shape and geometry,” says Camps.

While admitting it’s difficult to measure, he estimates the design cuts the environmental impact of a typical bicycle by at least half. “Each bike can support a little bit higher price and have better components,” says Camps. “It’s going to have a better performance and a longer life (the real difference). It’s also important that people love this design.

Do You Have Bitcoin (BTC)? Here’s How You Can Use It