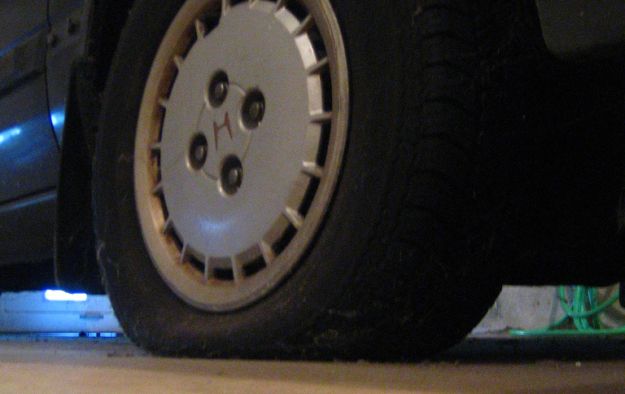 Carter, who developed the Photon laser-tag game in 1984, says he realized 20 years ago that the problem of underinflated tires would only worsen with the disappearance of full-service gas stations – and he, of course, began mulling over solutions.

“Even if someone realizes their tires are low, 75 percent of people don’t know how to determine the proper pressure – if they can even find an air pump,” said Carter, a Lucas resident who also invented and patented a forerunner of today’s personal watercraft and the Trakvak system used to dry racetracks.

So Carter, in partnership with a small high-tech company in Houston, is developing an “Airstation” manned by a robot that would be programmed to know the proper pressure for your tires and, in less than a minute, fill the tires, check the tread for wear and alert you to leaks.

His Airstations would be located at tire stores, car dealerships, carwashes or big-box retailers – places that typically attract a lot of vehicles.

For a proposed fee of about $2, motorists could pull into an Airstation, where four robotic arms would perform the checks. Vehicles would probably need to be registered in advance with the Airstations so their tire information would be in the database.

“First, it’s absolutely got to be convenient,” he said. “But properly inflated tires will also improve your fuel economy by 1 percent.”