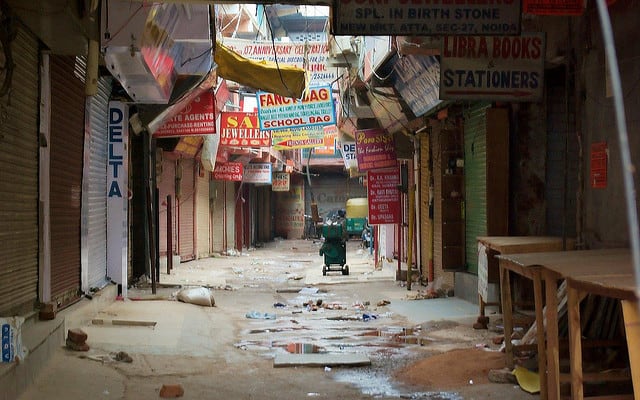 In Ahmadabad, India people sweep the streets for gold. Literally!

The town, in western India, is home to more than 5,000 gold and silver shops and factories. As the estimated 40,000 workers come and go from these businesses, microscopic gold flecks and powder fall from their clothing and hair into the street. Enterprising sweepers called Dhul dhoyas carefully sweep the streets for this dust.

According the Los Angeles Times, Dhul dhoyas can make as a much as five dollars per day, compared to a typical wage of $1.50 in the factories.

Since the age of 15, Gohel has been working this alley from late morning until dark, with Sundays off, a schedule driven by shop hours and the rhythm of the settling dust.

It’s hard, but at least she didn’t have to pick up her mother’s sideline: removing the burning coals and ashes from silver kilns, which she would crush and run through a sieve to capture the precious fragments. Now Gohel’s daughter Kasmeera, 35, is joining the family business, helping her mother collect waste on the same street.

Once she and her mother separate the gold-specked dirt from the betel nut wrappers, cow manure, stained newspapers and other trash, it’s sold for about $8 per bag. 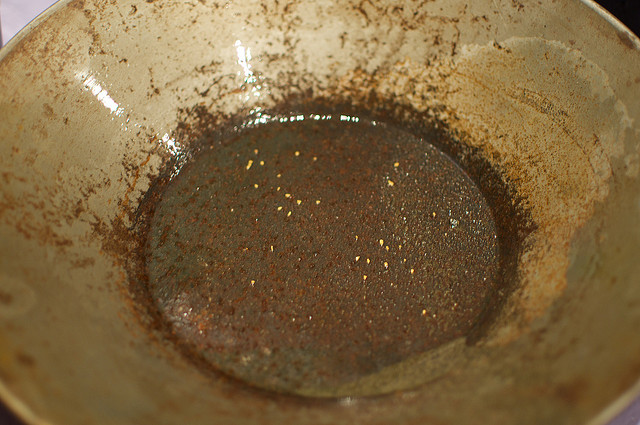 Sad, but I’m glad to see that they’re pulling themselves up by their bootstraps. I don’t mean to sound callous, but they would really benefit from a good gold pan. Panning is a much more efficient manner for separating gold from other stuff you don’t want.

Photos by autowitch and John Biehler.