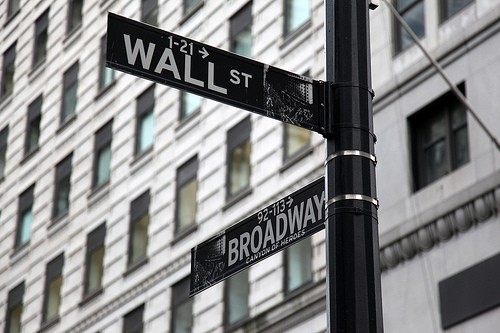 Gordon Gekko had his faults – no one would deny that – but in all honesty, who hasn’t at some point wondered just what it would be like to walk the Wall Street walk? Gekko’s excesses may have given greed a bad name but that hasn’t seriously dented the real-world investment potential of the stock market. Gekko was a symbol of excess, rather than a representative of the system per se, lest we forget. Everyone has their own ‘inner trader’.

The bad news is that for most of us – those who don’t enjoy access to countless millions – short-term trading is not an option. Dealing in small quantities brings into play a combination of dealing fees, commissions and taxes which quickly combine to make trading non-viable. But for anyone keen to release their inner trader, the good news is that there is an alternative. And in the best spirit of the Hollywood blockbuster, it is every bit as gripping as it is potentially rewarding.

Financial Spread Betting (FSB) offers the means to enact short-term bets on the price movements of the world’s stocks, currencies and commodities. Rather than actually buying stocks – and thereby incurring all those costs – FSB works on the basis of derivative-based ‘contracts for difference’. In other words, all that happens is that a bet is levied on the likely shift in a stock’s price. If the stock moves the right way, you win. If it doesn’t, you lose. The exciting part of the equation comes with the spread aspect which delivers a multiple of the original bet for every point the stock moves. So a $1 bet on a 20-point movement would return $20.

There is the other side of the coin to bear in mind, however, in that if the bet loses then any losses are calculated on the same, open-ended basis. It can make for spectacular drama – irrespective of the sums involved.

Whilst there are those who use FSB to trade seriously – not least on account of the lack of fees and taxes – it is presented here as – first and foremost – a recreational offering. Any money that you might make is, initially at least, a bonus. On this basis it has something to recommend it as an alternative to conventional forms of gambling. But the fact that what is being bet on are the real-time market prices of actual stocks and currencies gives FSB a very different dynamic. It also puts the process firmly in the domain of insight and skill as opposed to that of blind chance.

Providers, including the likes of Trade Fair offer free demonstration accounts which perfectly represent the trading screens of full-time traders, giving access to multiple streams of information and dynamic and historical charts. As a precursor to actually letting your inner trader see the light of day with real-money deals, it is the perfect introduction. Out-and-out greed may still be out of fashion, but intelligent, short-term trading in the form of FSB most definitely is not. There are a lot of inner traders getting an airing these days.