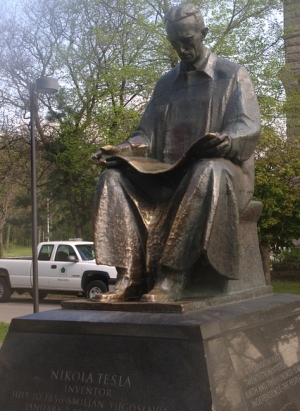 Nikola Tesla was more than just the inspiration for a hair metal band, he was also an undisputed genius. In 1899, he figured out a way to bypass fossil-fuel-burning power plants and power lines, proving that “free energy” could be harnessed using ionization in the upper atmosphere to produce electrical vibrations. J.P. Morgan, who had been funding Tesla’s research, had a bit of buyer’s remorse when he realized that free energy for all wasn’t as profitable as, say, actually charging people for every watt of energy use. Morgan then drove another nail in free energy’s coffin by chasing away other investors, ensuring Tesla’s dream would die.