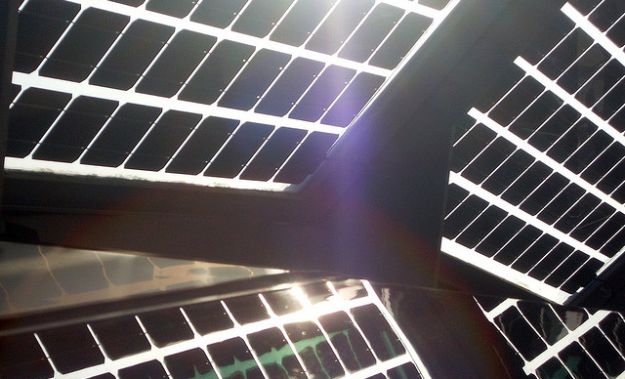 Gaza has been faced with unstable power supply for the past five years. Instead of suffering in silence, Mahmoud Shaheen created his own solar source.

Mahmoud Shaheen, a 55-year-old chemistry professor, started investigating the possibility of generating electricity at home a long time before the bombing of the generators.

“I started thinking of this experiment 21 years ago and at the time things were not really better than they are now because Gaza was under Israeli occupation and power outages used to happen a lot,” he told Al Arabiya

His idea was made possible when a Palestinian vendor brought electrical cells from Israel and did not know what to do with them. He took the cells from him and started experimenting with them until he managed to generate electricity.

“Since then my house has been fully lit and during blackouts it is the only house from which light comes in the middle of Jabalia.”

Shaheen, now known as the Conqueror of Darkness, explained that he did not use chemical reactions to generate electricity, but rather depended on solar energy.