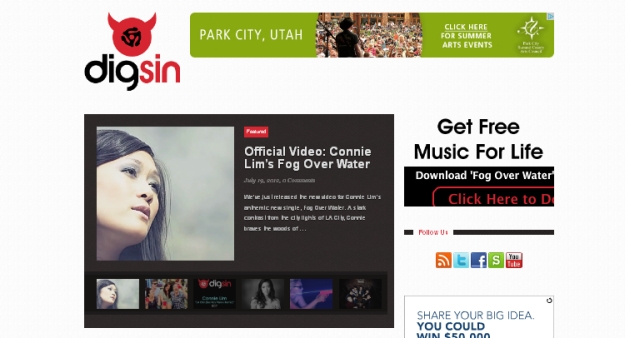 The former head of Yahoo Music and a one-time executive focused on programming strategy at CMT, Frank knows the power of data when it comes to identifying tomorrow’s hits (in any genre). His new company, DigSin, works on the simple principle that if a song resonates with audiences in the digital realm — measured by “likes,” online comments, YouTube plays and other real-time metrics — it can quickly explode into a hit, no matter how unknown the artist.

In some ways, it’s a high-tech version of what the film Coal Miner’s Daughter depicted Loretta and Doolittle Lynn doing when they drove from small town to small town, asking every two-bit disc jockey to listen to their self-produced single. And yet there are some distinct 21st century differences.

After 15 years spent analyzing the data-driven mechanics of how songs become hits, Frank sees small, important details few people outside of the industry could spot. For example, because more people listen to music from the beginning of a Spotify or YouTube stream, as opposed to catching a song midway through while flipping around the radio, song intros have taken on vast new significance. In 1999, the average song lead-in hovered around 14 seconds.