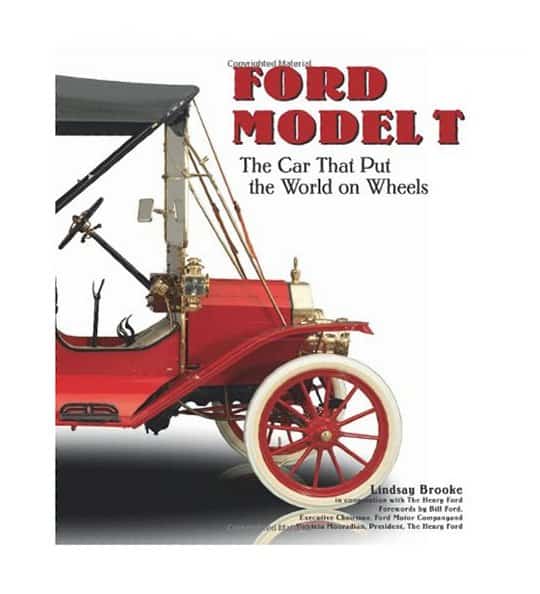 The story of Ford Motor Company’s Model T is the story that launched the American automobile industry—and America’s love affair with the car. When he introduced the Model T in 1908, even an eternal optimist like Henry Ford could not have predicted the far-reaching changes he was setting in motion. One hundred years later, this illustrated history looks back at the beloved Tin Lizzie. The book follows the Model T from design considerations (its ground clearance, for instance, had to allow for the abysmal state of U.S. roadways at the time) to its lasting legacy, and along the way describes the mechanical, manufacturing, and marketing innovations that the car’s production entailed.

Author Lindsay Brooke also relates the adventures and misadventures that were part of owning and driving a Model T. He chronicles the changes the car’s unprecedented popularity wrought in the auto industry (including Ford’s introduction of the “$5 day”), and he tracks the Model T through popular culture, from its role in early motorsports to its resurgent popularity in the 1950s and 60s as a platform for T-bucket hot rods. Illustrated throughout with period art and evocative photography, this book celebrates as never before the car that epitomized the American automobile.