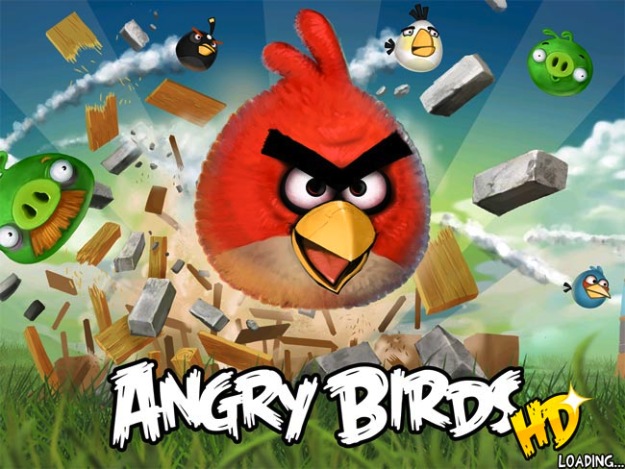 If you’ve heard of Angry Birds, but don’t understand the appeal, perhaps this NY Times article:
will help:

Within months, Angry Birds became the most popular game on the iPhone, then spread across every other available platform. Today it has been downloaded, in its various forms, more than 700 million times. It has also inspired a disturbingly robust merchandising empire: films, T-shirts, novelty slippers, even plans for Angry Birds “activity parks” featuring play equipment for kids. For months, a sign outside my local auto-repair shop promised, “Free Angry Birds pen with service.” The game’s latest iteration, Angry Birds Space, appeared a couple weeks ago with a promotional push from Wal-Mart, T-Mobile, National Geographic Books, MTV and NASA. (There was an announcement on the International Space Station.) Angry Birds, it seems, is our Tetris: the string of digital prayer beads that our entire culture can twiddle in moments of rapture or anxiety — economic, political or existential.

Even if you’re not interested in the story, be sure to click over to the article and play asteroids within the article itself. You can shoot almost anything on the page, including the ads, comments and navigation elements.