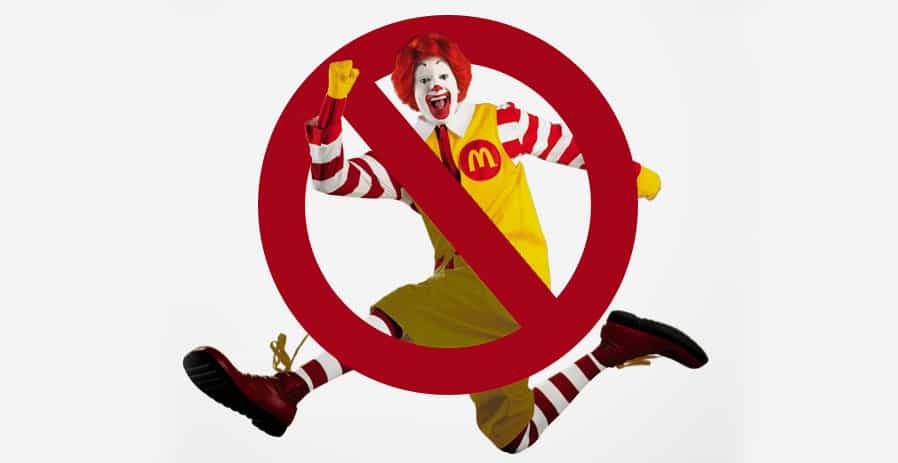 One man’s opinion: The White House is out to destroy fast food franchising as we know it. By Jack Jordans.

It’s long been the dream of liberals everywhere to make us all the same. Any skill or success is unfair, they say, and every natural, or hard earned advantage must be removed, or compensated for, to level the playing field for the less talented, the less gifted, and the lazy.

A new ruling by Obama’s National Labor Relations Board seeks to do just that, and in the process threatens to destroy one of America’s fundamental freedoms: the pursuit of happiness.

We all have our own ways of pursing happiness, but one of the primary ways we exercise this right is by eating. We might disagree as to our favorite foods, but eating what we want, when we want it, is a fundamental right of all Americans.

If Obama and the liberals get their say, soon we’ll all be eating nothing but rice and beans. After the liberals failed to destroy franchise fast food restaurants, first by requiring them to post the nutritional content of their menus, and then by outlawing toys in kids’ meals, the Obama administration has ruled that the 3,000 independent McDonald’s franchises aren’t local small businesses, owned by local owner/operators, but are instead one giant corporation than can be regulated as such by the federal government.

And wouldn’t you guess it, Chipotle, the darling of liberals everywhere, is safe from the government’s ruling. Maybe the Chipotle CEO Steve Ells knew something we didn’t when he was quoted last month as saying that his restaurant would soon replace all other fast food chains.