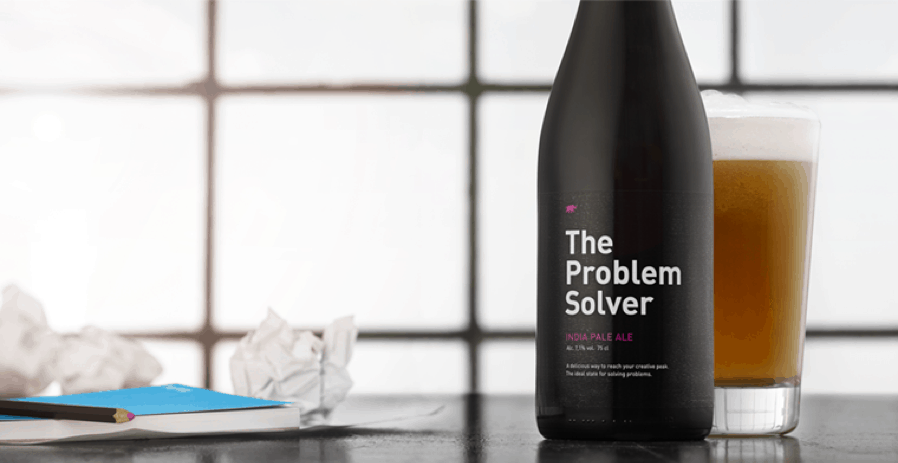 Beer is generally bad for the body — it’s high in calories, can cause liver damage and makes the brain make bad decisions when drunk. But, The Problem Solver beer claims to help drinkers reach their creative peak, so long as they don’t drink too much.

Beer is good at helping people lose their inhibitions and according to studies, creative thinking peaks at an alcohol level of 0.075 percent. Created by CP+B Copenhagen and brewed by Rocket Brewing Co., The Problem Solver is an India Pale Ale that helps drinkers reach just that point. Since everyone has a different tolerance for alcohol dependent on their body size, each 75cl bottle of the 7.1 percent ABV beer comes with an indicator that shows drinkers when they’ve reached the optimum level for solving problems with creative thinking. As the beer goes down, the scale shows drinkers when they should stop, according to their weight. For example, a 60kg woman only needs half a bottle, while an 85kg man can finish the whole thing to reap the effects.

Obviously, those who decide to keep on drinking after that point can’t be guaranteed to remain in a perfect state of creative thinking. The campaign is also organizing local community brainstorming sessions using the beer to solve problems. Are there other food and drink products that could be tweaked to help consumers to safely improve their mental capacity?