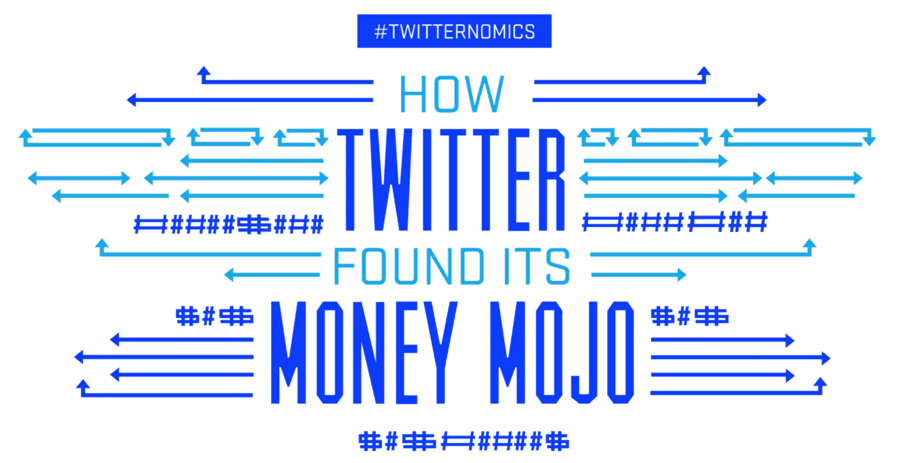 In 2009 Twitter was a 50-person company punching way above its weight in cultural impact, its micro-blogging platform blasting its way into the public imagination. But its ambitions were even higher. According to leaked internal documents, the company had privately set goals over the next few years of a billion users and well over a billion dollars of annual revenue. Many people thought that the first goal was inevitable and that the second would be a slog. After all, Twitter’s user base was skyrocketing much in the way of other Internet phenoms like Facebook and Google. But there was virtually no income and no monetization plan in sight. When a Twitter co-founder appeared on the Colbert Report that spring, the host remarked, “So I assume that ‘Biz’ in ‘Biz Stone’ does not stand for ‘Business Model’?”

It wasn’t only comedians who held that view. In that summer’s Sun Valley mogulfest, media icons Barry Diller and John Malone, on a “Making Money on the Internet” panel, called out Twitter as an example of a fad product that might never generate serious cash. Cable-TV pioneer Malone said it was unlikely that the company could build a significant advertising business.

Twitter now is a public company with a headcount of 3600 and a valuation of over $23 billion. But it has not come close to a billion users (not even 300 million). The shortfall has unleashed a torrent of criticism, and even intimations that an executive putsch will be required to address endemic product woes.

On the other hand, in 2014 Twitter did generate that billion dollars in revenue.