Business Opportunities
Home Ideas Magic: The Uber for Everything 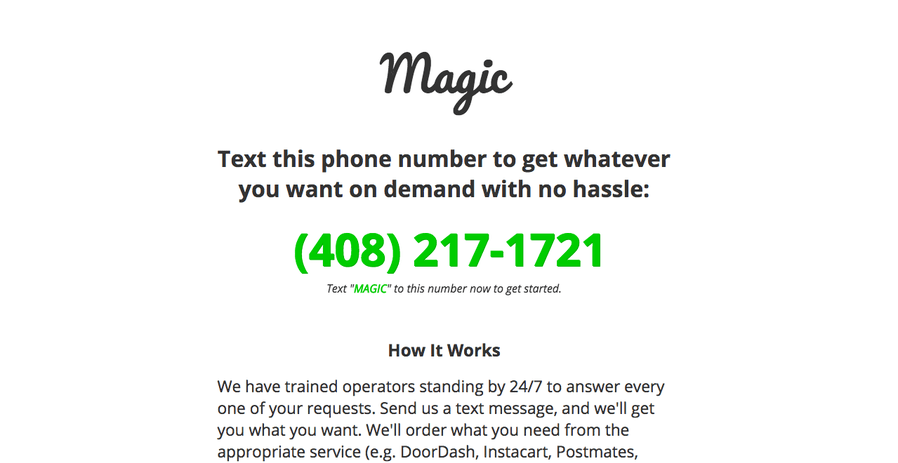 Up until last week, Mike Chen was working on a blood pressure tracking app called Bettir. Then, four days ago, he took 20 minutes to put together a side project he’d been thinking about called Magic, and to say it’s overshadowed Bettir would be an understatement. The idea: You text what you want—anything legal, from flowers for your girlfriend to takeout sushi to a wrench—to a number, and the Magic team works out the details and has it delivered to you, anywhere in the US and as soon as possible … just like magic. “This is something that I’ve always wanted to create to make my life easier,” Chen explains to Mashable. He sent the new site to a few friends, figuring if they liked it, he’d improve the site (the original landing page was pretty sad-looking) and then do an official launch. Instead, the site immediately went viral.