Business Opportunities
Home Ideas The Idea that Launched a Company of Millennials into an Industry that... 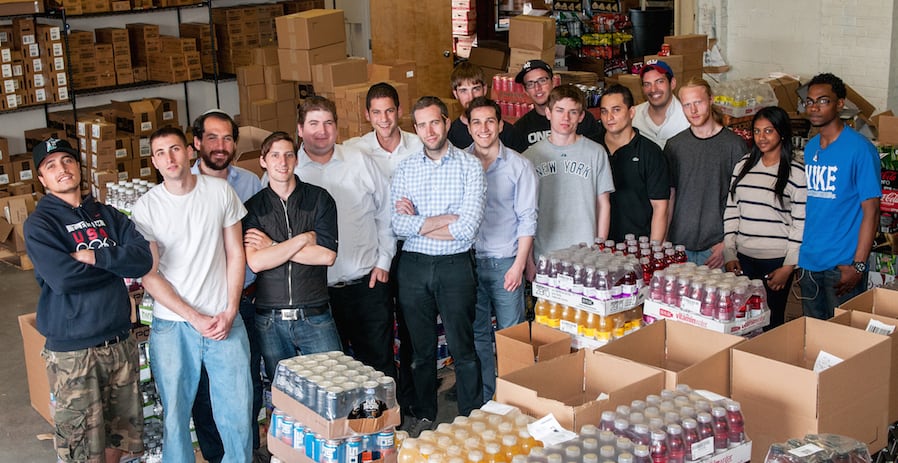 They’re a three-year-old ecommerce grocery store staffed entirely by millennials, and they like to act their age: small. It’s the small acts that keep them at the top of their game in an industry that doesn’t want to support the change brought on by e-grocers.

They weren’t the first company to offer online groceries, and they won’t be the last. There are many regional e-grocery services, such as Amazon Fresh and Fresh Direct, and even local neighborhood stores are setting up websites of their own. Yet with all that activity, online grocery still hasn’t become the household service the tech industry wants it to be.

Providing a full-service grocery store on the Web is a tall order to fill. It means preserving and delivering fresh food, like meats and produce, from one warehouse to thousands of locations every day. It also means offering more than 40,000 individual products (the average number of items for sale in your local supermarket) to shoppers online. Compare that to the number of items sold by a clothing retailer (in the hundreds), and suddenly, the lack of progress in the e-grocery industry is not so surprising.

“Logistically speaking, running a successful online grocery company can seem like a gargantuan task,” explains 27-year-old co-founder and CEO Jeremy Reichmann, “and many companies face the temptation to jump in headfirst and build out a massive infrastructure. History has shown us that’s the wrong approach.”

Take Webvan, for example, perhaps the biggest disappointment of the .com era. It was based on the if-you-build-it-they-will-come mentality. Webvan raised $1.2 billion dollars to build out its infrastructure before it had seen substantial sales or garnered a significant customer base. Within a couple of months of its IPO, Webvan went bankrupt.

So can anyone pull this off? Well, you’ve got to be in it for the long haul.

“We had to take a different approach,” continues Reichmann, “and with only $35,000 in startup capital, there was no other choice anyway.”

“We were selective about the first products we sold online,” Yanofsky explains. “We knew we couldn’t sell everything, so we had to act small. Refrigerated goods were off the table because it costs too much to build the infrastructure to store and ship them.”

And with retail chains, like Ralphs, Whole Foods, and 7-11 buying up swaths of stock, vendors weren’t rushing to their doorstep.

“We wanted to have a small yet comprehensive catalog,” Yanofsky continues,”and thus, determined a carefully curated menu of snacks and beverages would be the right approach.”

It was a way to provide a grocery service at a manageable capacity, and more importantly, it brought in immediate revenue. The “Act Small, Dream Big” approach encouraged Jeremy and Seth to prioritize sales over selection, and set us apart from the competition.

“We sold whatever inventory we could get our hands on,” says Yanofsky, “and then, used the evidence of ecommerce sales to negotiate new vendor relationships. Slowly but surely, our menu expanded.”

Today, sales are on a run rate of eight figures per year, backed by the support of 30 millennial employees, and they’ve grown every quarter since launching the website in 2012. A second warehouse is scheduled to open on the West Coast this summer, and finally this year, they now have the opportunity to build out the infrastructure to offer fresh, refrigerated foods by the fall.

TalDepot.com is an online grocer that offers a fast and efficient alternative to walk-in supermarkets, making the time-consuming “grocery trip” obsolete.