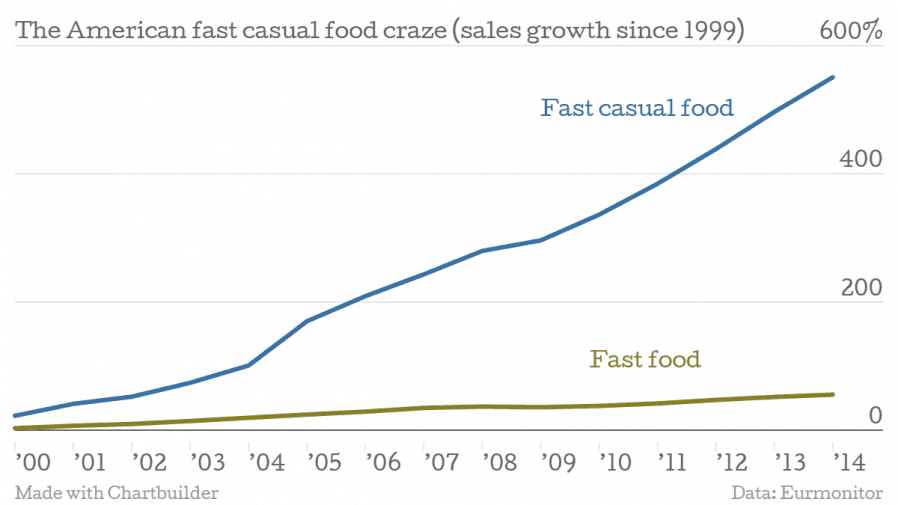 The market for (the mostly franchised) fast casual food [restaurants], which is almost but not quite fast food (I’ll get to that in a second), has grown by 550 percent since 1999, more than ten times the growth seen in the fast food industry over the same period, according to data from market research firm Euromonitor. Chipotle, likely the best known purveyor of the category, has seen its sales more than quadruple during that time; Panera, another oft-used example, has watched its sales more than triple; and Shake Shack, the hamburger joint du jour, has done so well that it just went public despite operating only 36 outlets.

Americans spent more than $21 billion at fast casual restaurants last year, according to data from market research firm Euromonitor, which is not bad, considering that the category is only loosely defined at best.

How to Reduce Project Development Costs