Business Opportunities
Home Ideas 3D Printing: Get in While the Getting Is Good 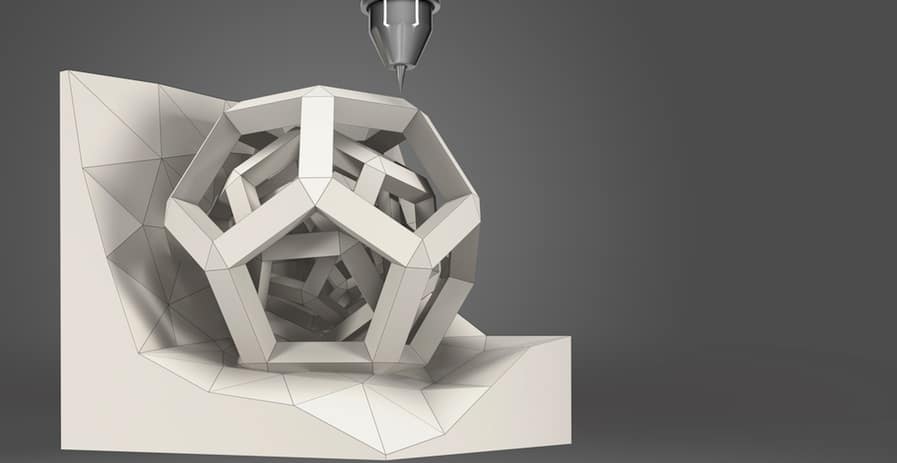 Although it’s been around longer than people realize, 3D printing is rapidly becoming the next big thing. When you turn on the TV, open a newspaper or read a magazine, you’re sure to see something on 3D printing and all of the amazing things it’s going to do for civilization.

If you believe the hype, and you probably should, then you might find it useful to begin looking at the explosion of interest in 3D printing as a potential business opportunity. As more and more companies enter the marketplace trying to win the great 3D printing battle, the price of 3D printers are continually coming down.

Whereas once 3D printing was something only a large company could invest in, 3D printers are on the verge of becoming affordable for the average consumer. This increased affordability means that the customer base for such technology is about to explode; and you should get in while the getting is good.

Because 3D printing is still an emerging industry, the way that you choose to turn it into your own business is really entirely up to you. You’ll want to consider what your skills are as a businessperson and how those skills can best apply to the industry. Certainly, 3D printing has such a wide variety of applications that’s it’s difficult to nail down just what aspect of it might be the most lucrative for you. If you’re a graphic designer, you might consider owning one to produce your own attractive products. If you’re a competent salesperson, perhaps you might consider getting into selling 3D printers to a populace that’s intrigued and interested in the technology. Maybe there’s even another application of 3D printing that lends itself well to your specific abilities, one that hasn’t even been thought of by anyone else. With those options, it would definitely be worth taking the time to consider whether or not 3D printing can work for you.

Are you a Graphic Designer? Invest in a 3D Printer.

In general, the services of competent and skilled graphic designers are seeing increased demand. If you are in possession of such skills, then you likely already know this. But what you might not know is how 3D printing has the potential to completely remake what might be a simple home business designing websites and printed materials. In much the same way that app development has democratized the computing environment, allowing smaller developers and publishers to compete with the big boys, 3D printing can help you to compete with some of the major designers and producers of products in a wide variety of different sectors.

RELATED: 3D PRINTING FOR THE HOME

Really, in this respect, you’re only limited by your imagination and the time you’re willing to put in. But, the possibilities are endless. You can use 3D printing to design, test and produce products that you can then bring directly to market. Have an idea for a new kind of coffee mug? Mock it up on your computer, test it, and perfect it, and then bring the products you’ve created to retailers and have them sell those mugs for you. While you might not be able to produce enough products to mass market them, you’ll be able to market your creations to a consumer base that’s increasingly interested in niche products. It really can be that easy, and that’s why 3D printing presents a tremendous business opportunity for the motivated graphic designer.

Because many companies that manufacture 3D printers are looking to expand their reach, there are many opportunities available for motivated individuals who are interested in becoming resellers. If you’re unfamiliar with what reselling is, then here’s a brief primer. A company – like one that makes 3D printers, for example – will actively seek out individuals who will purchase their products so that they can then be resold by those individuals at a premium. The reseller then nets the profit of the sale, although they may, in some cases, have to pay a royalty fee back to the original manufacturer.

Because 3D printing is so new, the way you market and sell your merchandise is really up to you. Instead of targeting engineering firms, you could target advertising and marketing firms who might be interested in utilizing 3D printing technology to attract more customers and clients.

So, take the plunge and reach out to a 3D printing manufacturer and see what they have to say. One company that proudly seeks out resellers on its website. This company is 3D Systems, and they’ve been making headlines lately for their aggressive expansion into marketplaces around the world. Maybe you should consider hopping on board?