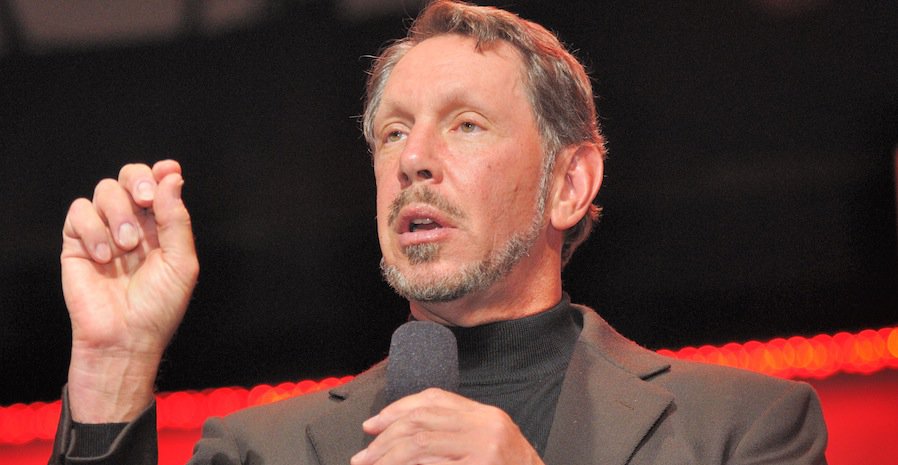 When you’re an entrepreneur, you start at the bottom, with an idea, hard work and determination. The goal is, obviously, to become rich beyond your wildest dreams while doing something that you love. When you’re mired in the day-to-day operation of your small business, though, it can be difficult to keep your mind focused on the goal that could be just over the horizon. Therefore, we thought we’d take a peek at the 5 richest entrepreneurs in the world, as they’ll give you something to aspire toward.

Sheldon would be able to tell you that there’s a lot of money to be made from gambling, particularly if you’re the house. He serves as the CEO for the Las Vegas Sands Corporation. Would you believe that his rise to prominence on the strip started modestly? His first business venture in Las Vegas wasn’t building a casino; it was instead putting together a technology exposition called COMDEX, which you may have heard of.

Larry Ellison is one of the biggest names in tech, no doubt because he was one of the founding members of Oracle, which still enjoy a tremendous amount of success today. Even though he’s made billions upon billions of dollars – almost $50 billion, to be exact – he still hasn’t left the company. Currently, he serves as Oracle’s CEO.

Have you heard of the clothing company Zara? Did you know that Amancio is the man behind it all? He started the company all the way back in the mid 70s, and it has only continued to expand and grow ever since. Zara’s long-term success has allowed Amancio to amass a $64 billion fortune. Not bad!

Carlos is essentially the Bill Gates of Mexico (we’ll be getting to Bill next). Things started modestly for Carlos, as he began his entrepreneurial career by starting his own brokerage when he was fresh out of college. Eventually, he turned the money he made into the purchase of Telmax, a telecommunications company, and the rest is, as they say, history – $72 billion of history, to be exact.

In this technological world that we live in today, it’s impossible not to think of Bill Gates when you’re thinking of entrepreneurship. Certainly, Bill Gates did quite well for himself, and he’s got the billions of dollars in his bank account to prove it. Of course, he’s not has heavily involved with Microsoft these days, and is instead spending his time honing his philanthropic skills.

If you had the chance to talk to any of these entrepreneurs, they’d tell you. Their wealth didn’t come simply because they started a business; they had to earn it. So, while you aspire to become as wealthy as the individuals on this list, just keep in mind that you’ve got many hours to go before you sleep! Keep at it, and you’ll get where you want to be.