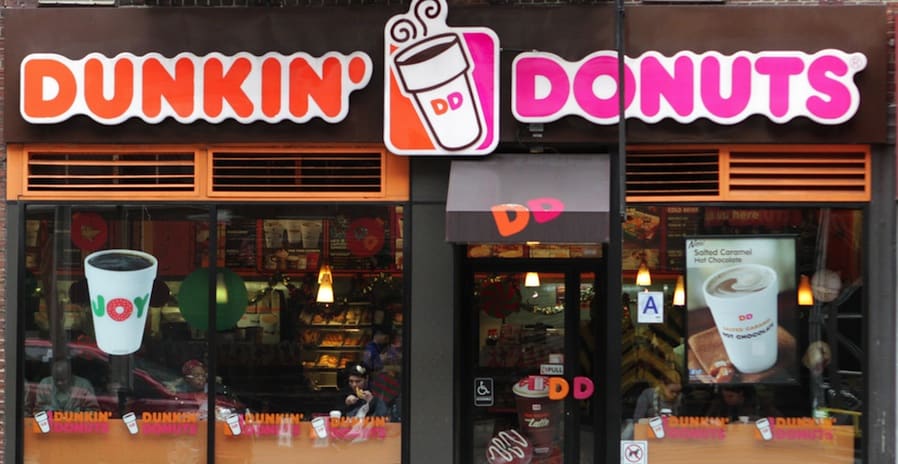 Pretty much no one – except for health nuts – can say no to doughnuts, so you should say yes to a Dunkin’ Donuts franchise.

When it comes to the morning commute, nothing goes better with a fresh-baked doughnut than a steaming cup of coffee. While Starbucks may appeal to the urbanites of the world, there’s Dunkin’ Donuts for everyone else. To be sure, Dunkin’ Donuts has become one of the most recognizable brands in the country. It’s impossible, for example, to turn on your television and not come across a commercial that’s advertising how “America runs on Dunkin’.”

RELATED: DO YOU HAVE WHAT IT TAKES TO OWN A FRANCHISE?

Here’s the thing about Dunkin’ Donuts: your financial future could very well run on running a Dunkin’ Donuts franchise. Every location in the country is owned by a franchisee, and the brand is still expanding aggressively. Let’s take a closer look.

There are some regions of the country that Dunkin’ Donuts has failed to penetrate, but there’s a high likelihood that there’s one down the street from where you live. So, you probably know all about it, but for those who don’t:

Dunkin’ Donuts originally started as a business that keeps it simple, serving coffee and doughnuts. While Dunkin’ Donuts still does that – and does it very well, many would argue – they’ve also been expanding their product line, attempting to entice their customers to come back for lunch. In the eyes of many of its customers, it’s the blue-collar alternative to the stuffy, urbane Starbucks.

How Does Dunkin’ Donuts Look to the Prospective Franchisee?

For the perspective of a potential franchisee, Dunkin’ Donuts is like old reliable. Year over year, the business continues to grow, both domestically and internationally. In the past five years, Dunkin’ Donuts has increased its number of U.S. locations by 1,000 to a total of just over 8,000. Internationally, the number of franchise has grown more modestly over the past five years, increasing by a little over 100 locations to 3,224.

Dunkin’ Donuts requires that its franchisees have a net worth of at least a quarter of a million dollars, with $125,000 of liquid capital available. To start a franchise, a franchisee will have to make a minimum investment of just over $200,000. However, the prospective franchisee should expect to invest significantly more than that. Depending upon the location, one franchise could require an investment of over a million dollars.

For that investment, a franchisee obviously benefits from Dunkin’ Donuts great brand reputation and recognition. The company also supports its franchise locations by providing them with regional marketing.

Are You Ready to Make the “Donuts”?

Provided you have the capital available, opening a Dunkin’ Donuts franchise could prove to be quite lucrative. This is especially the case in markets that have yet to be penetrated, especially along the West Coast. Of course, there are other businesses that are quite similar to Dunkin’ Donuts, including Krispy Kreme, which is another highly rated franchise opportunity. Therefore, before jumping into a Dunkin’ Donuts franchise, evaluate your other options, and determine which will make the most sense for your geographic location.