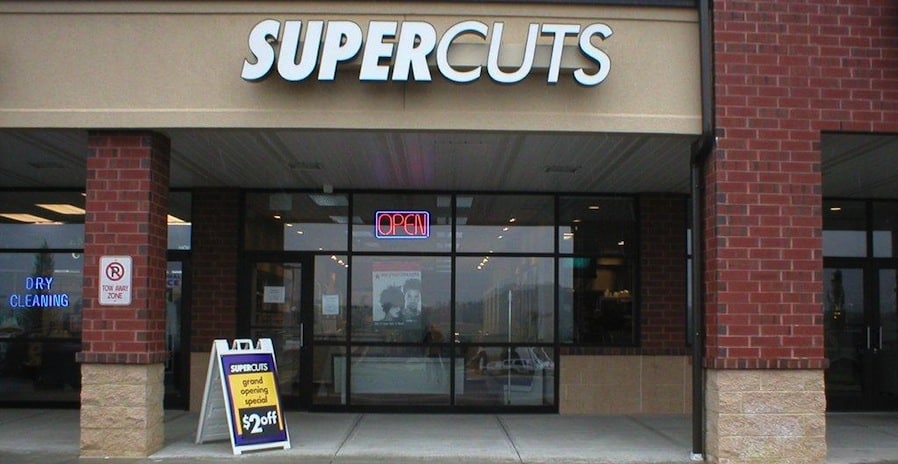 One industry that is always going to keep growing with certainty is the hair business. That’s why so many entrepreneurs find themselves opening salons, and why you probably can’t walk too far in your neighborhood without finding a place to get a haircut.

While many salons are privately owned and operated, there are a few national chains that have great brand recognition. Perhaps the most instantly recognizable of these chains is the Supercuts franchise, which has been around since the 70s. Now, you may have your own opinions about Supercuts – for a period public opinion moved against this business. However, in recent years, Supercuts has managed to regain the confidence of consumers, and its franchise locations are flourishing as a result.

More About the Supercuts Concept

In a sense, you can think of Supercuts as the fast food of haircuts. While the higher ups at the Supercuts franchise may not appreciate that comparison, it has some merit. In essence, Supercuts aims to provide its customers with quick and efficient haircuts. While there are certainly many people who are willing to have their hair elaborately styled in an expensive salon, there are just as many who appreciate a simple haircut that can be delivered quickly and affordably. This is exactly the service that Supercuts provides.

How Does Supercuts Look to the Prospective Franchisee?

RELATED: THE 5 BEST FRANCHISES TO GET INVOLVED WITH IN 2015

A Supercuts franchise is definitely for the entrepreneur who already has a significant net worth. Supercuts demands that its franchisees have a net worth of $500,000 at a minimum, with $150,000 of liquid capital available. In terms of getting a franchise location started, it will cost approximately $115,000 at a minimum but could cost up to a quarter of a million dollars. Supercuts’ franchise fee is $29,500.

It’s a significant investment certainly, but you do get what you pay for. Supercuts provides its franchisees with all the support they need, assisting with everything from the negotiation of leases to providing protocols for security. Naturally, they also give franchisees the full backing of their national marketing and ad campaigns.

Are You Ready to Start Snipping Hair?

If you have the capital available to get started with a Supercuts franchise, then it’s definitely worth a look. Don’t fear if you lack cosmetology experience; that’s what hiring your employees will be all about. Of course, Supercuts isn’t the only game in town when it comes to quick, affordable haircuts. In fact, Supercuts’ owner, Regis Corp., owns a number of different businesses similar to Supercuts, including Cost Cutters. So, if the idea of getting involved with this kind of franchise sounds appealing but you lack the capital, there are other similarly successful franchise opportunities available.

For more information on this franchise opportunity, visit Supercuts.