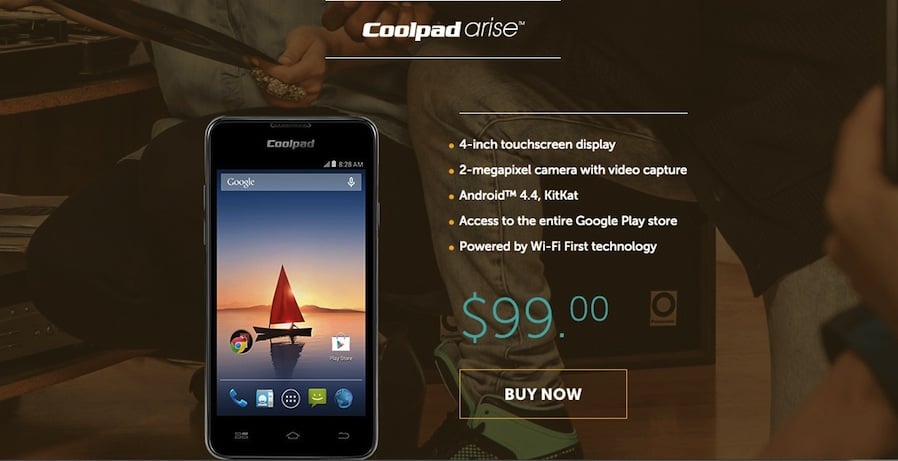 If Scratch Wireless has anything to say about it, Wi-Fi bills could become a thing of the past.

Scratch Wireless, a Cambridge, Mass. startup that launched in 2014, was created because its founders believe wireless for smartphones should be free. Smartphones can send texts, run apps and make calls using the Internet connections we already have, so they wondered, why pay so much for wireless? Why pay at all?

Scratch Wireless is an entirely new kind of phone company built from the ground up. Recently, Scratch Wireless teamed up with Chinese manufacturer Coolpad to come up with a new product to address the issue and has since opened up its service to the public.

Introducing the new Coolpad Arise, an Android-powered smartphone that uses Scratch Wireless’s software to make voice, text and data services free with access to a Wi-Fi network. The Coolpad Arise sells for $99 on the Scratch Wireless website. The company is hoping that cost-conscious customers will go for a low-cost smartphone, even if it is dependent on Wi-Fi, especially with an increasing number of free, public hotspots available.

If you happen to be out of range? No problem. Scratch Wireless has come up with a solution for that by contracting with Sprint to allow phones to use Sprint’s 3G network for an extra fee of $1.99 a month. But you only pay if you use it.

Think this startup is onto something?