Founded by Dawn Cutillo, BeBalanced Hormone Weight Loss Centers offer the only program for weight loss in the country that addresses the root cause of slow metabolism and weight gain – hormones. Since opening eight years ago in Lancaster, Penn., BeBalanced  has helped thousands of women.

BeBalanced is currently in the early stages of franchising. The first BeBalanced franchise location opened in Harrisburg, Penn. in January 2015 and has been very successful, with dramatic growth. There are two other franchise locations opening within the next few months in the Philadelphia area. One location will be in King Of Prussia, Penn. and the other location will be in Blue Bell, Penn.

We recently had the chance to interview David M. Cutillo, Director of Franchise Development, and brother to the company’s founder. Working directly with David, franchisees can expect the personable excellence of walking through a seamless opportunity to launch their own BeBalanced franchise and expert guidance to grow their business. David dishes on the secret to the franchise’s success and shares his advice for aspiring entrepreneurs.

We offer women an opportunity to not only lose stubborn weight they cannot lose with traditional diet programs, but also eliminate their other hormone symptoms (hot flashes, insomnia, mood issues, etc.) at the same time. The method is non-medical and totally natural.

What is the idea behind the BeBalanced franchise?

Our mission statement is, “Empowering women to achieve the highest quality of life, through hormone balance.” We have a patent-pending program to help women (35+) naturally balance key hormones, which relieves them of the many bothersome hormonal symptoms before, during and after menopause, with the biggest symptom being inability to lose stubborn weight.

How does it compare to its competition?

There is no other franchise that is naturally balancing hormones to eliminate stubborn weight and the other hormone symptoms simultaneously. This is why it’s hard to define our competition. On the surface, one competition would seem to be the national weight loss companies, but they are all traditional “calories in/calories out” diet programs, which don’t effectively work for our client demographic (women 35+). The other competition would be Hormone Replacement Therapy (for other hormone symptoms), but it’s very expensive, not natural and has known side effects. 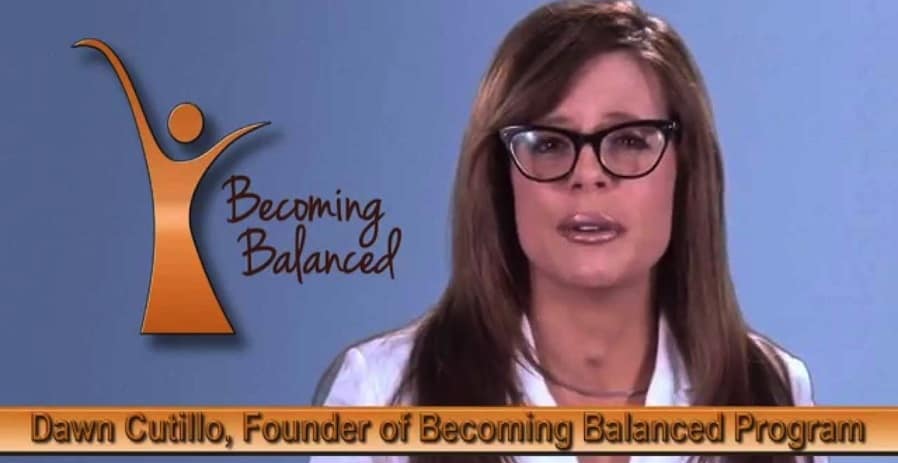 Who is most in need of your services?

The over 51 million women in the U.S. that are between the ages of 35-64, plus millions that are a bit younger or older. There are literally over 45 million women currently in peri-menopause and menopause.

Where do you see the BeBalanced franchise in five years?

The U.S. population is aging, so the numbers I quoted are only going to get larger, which means more demand for this patent-pending program. With that in mind, I see hundreds of BeBalanced Centers around the country to meet that demand.

Can you describe a typical day in the life of a franchisee?

You may be a semi-absentee owner, but a typical owner/operator would be meeting with prospective clients to set them up on the Becoming Balanced program, since they often come in because nothing else is working. The other common duty would be to do scheduled 30-min appointments (4 appointments over 8 weeks) with the women who are doing the program. It’s very exciting to see the dramatic results and hear the positive feedback from the clients.

I was the National Sales Director of a start-up marketing firm in Philadelphia that publishes a magazine called American Lifestyle. I traveled the country teaching real estate agents and financial advisors how to build their businesses through relationships and creating true advocates. I also hired a salesforce of over 100 reps around the country to do the same.

What motivates you to keep going?

Even though the Becoming Balanced program is geared toward women, I personally lost 115 pounds in less than 6 months with this program. The patent-pending Becoming Balanced program was developed by my sister, Dawn Cutillo. She wrote a book entitled, The Hormone Shift, and has been an expert in natural hormone balancing for many years. Between my success, a passion and belief in the program and a desire to support my sister is all that motivates me!

I would have started developing the BeBalanced franchise system years sooner, right after I had my personal weight loss success back in 2009!

Please tell us your secret to success.

What is one thing that really excites you?

I personally get very excited about developing franchisees into successful business owners, while at the same time, seeing those business owners very fulfilled in their business, because they’re transforming the lives of so many women!

Any final words for aspiring entrepreneurs?

Bottom line: Entrepreneurs are risk-takers. If you’re a big risk-taker, you could try to develop your own business from scratch. If you’re a moderate risk-taker, but still have all the passion of a true entrepreneur? Buy a proven system (franchise), then put all your energy and entrepreneurial skills into taking that system and being the biggest and best! And if you decide to go with a franchise, pick a business you are truly excited about – a business you can be passionate about, have fun with, or most important, feel fulfilled in doing.

Where can people can find out more about the BeBalanced franchise?

Where can people find BeBalanced on social media?