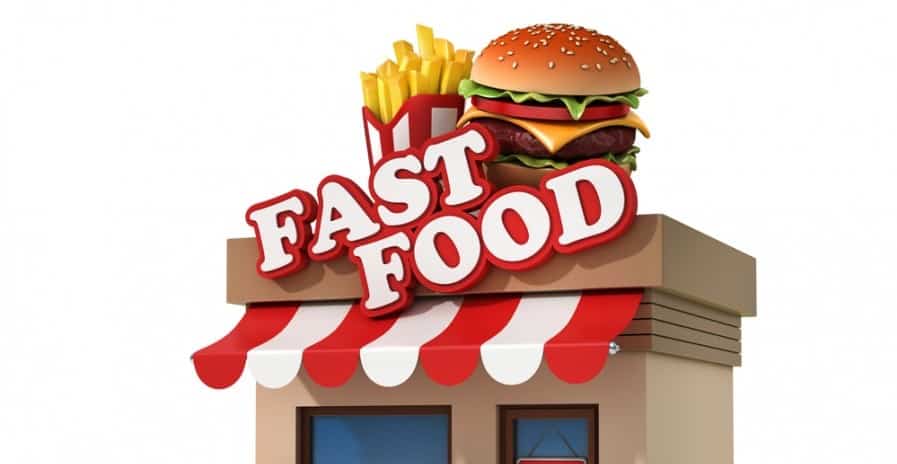 When you think of a franchise, most likely you’re going to find yourself thinking of one of the top fast food franchises. While, depending upon your dietary habits, you may be inclined to look down upon on fast food franchises, you’d be letting your stomach do the talking when your entrepreneurial brain should be doing the thinking.

Many fast-food restaurants are incredibly lucrative franchise business opportunities. If you knew what the earning potential of some of these fast food restaurants are, you might not be so inclined to look down your nose at them.

If you’re looking for a franchise, you want a top performer. We’ve compiled a list of some of the best fast food franchises in operation today.

The terms “franchise” and “McDonald’s” are practically synonymous with one another, and it’s still the general consensus that a McDonald’s is the Cadillac of franchise opportunities. The startup costs for such a franchise vary greatly depending upon the region and location, but the profits are all but guaranteed. An average McDonald’s franchise pulls in about $2.6 million a year.

With a presence in only 28 states, it’s possible that you’ve never heard of Jason’s Deli. But that doesn’t mean it’s not a lucrative franchise opportunity for you, provided you’re in the right area of the country. Forbes estimates that an average Jason’s Deli fast food franchise earns about $2.5 million each year.

If you’ve never eaten a Krispy Kreme doughnut, then you’re missing out. This delicious purveyor of glazed and filled doughnuts and coffee is extremely popular with those that have had the opportunity to sample its offerings. If you’ve been considering a doughnut franchise, then maybe the $2.4 million annual sales of a Krispy Kreme franchise will sweeten the pot.

With people becoming more and more health-conscious by the day, Panera Bread has emerged as a healthier alternative to other fast food chains. This has caused the deli-style chain to explode in popularity since it was founded in 1981, with 1,652 locations worldwide. On average, a Panera Bread franchise does about $2.4 million in sales every year.

This purveyor of burritos and tacos with responsibly sourced ingredients has been winning over more members of the public every year. Starting in 1993, this business has expanded out to 1,410 total locations. Business is good, too, as an average Chipotle location manages to do approximately $2.1 million in sales each and every year.

With more than 780 locations throughout the southern U.S., Whataburger is extremely popular with the burgers and fries dining crowd. Started in 1950, this company also has a long-standing reputation for putting out quality product. That’s why a Whataburger franchise performs so well. Forbes estimates that an average Whataburger franchise is able to do $2 million in sales a year which is why it makes our list of the top fast food franchises.

Speaking of burgers, here’s a fast food franchise that has a national following of dedicated customers, even though its franchises are only based in the southwest U.S. It’s flagship (and off-menu) offering is the Double-Double Animal Style, which haunts burger-lovers in their dreams. One of these immensely popular franchises can rake in $1.9 million a year on average.

Operating primarily in the Midwest, Culver’s is a popular purveyor of ButterBurgers and frozen custard. There are currently 472 Culver’s franchises in operation. Even though its reach is smaller than other franchises, its sales are just as good. An average Culver’s franchise can expect to do approximately $1.8 million in sales each year.

Much like Chick-fil-A, this franchise is concentrated primarily in the southern US and is a purveyor of bone-lickin’ good chicken. Only in operation since 1990, the up-and-coming franchise has approximately 600 locations currently in operation. One of these Zaxby’s franchises can expect to see annual sales in the neighborhood of $1.75 million.

If you want to know what this franchise is in the business of selling, then just take a look at its name. Like Zaxby’s, these franchises are primarily located in the southeastern U.S. Forbes estimates that an average Bojangle’s franchise can do approximately $1.7 million in sales annually.

Headquartered in San Antonio, Tex., this business operates as a hybrid of a sit-down style diner restaurant and a fast food restaurant. With approximately 100 franchised locations, a franchisee of Steak ‘n Shake can expect to do sales of $1.7 million annually.

How to Improve Your Business’s Curb Appeal