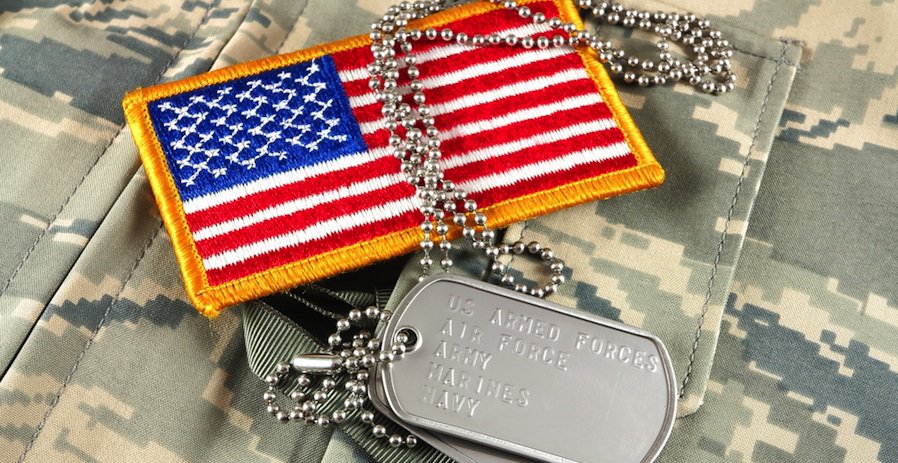 One of the most memorable episodes of Shark Tank featured former service men and women pitching their ideas in a very special episode for Veteran’s Day. Marines, soldiers and sailors were all represented, but how did they fare in these choppy waters? Let’s take a look at each business idea, one by one.

Army Captain Ashley Drake of the Corp of Engineers definitely knows her way around a blueprint. She also loves CrossFit. Combining her talent with her love, she designed a glove that she believes will help her fellow fitness fanatics avoid the tears and rips that often haunt the hands of those who lift regularly. She offered 20 percent equity for a $100,000 investment.

Next, we had Wade Morell, a former Marine from Columbus, Ohio who now works as a police officer. He and his wife, Lori, train dogs to be the perfect household pet. However, Priority One Canine doesn’t produce just any pooch. Their dogs are trained specifically to also be high-end guard dogs as well. For the $75,000 they came on the show to ask for, the Morells were willing to give 15 percent equity.

Kevin had the question that pretty much summed up this company’s problem. He wanted to know how he could make Priority One Canine into a “multi-million dollar business.” With no real way to scale, the sharks passed.

Aaron Tweedie, who works as a veterinarian in the Army, has a fresh approach to the traditional messenger bag. Her sling-style bag is a mix of ergonomics and function. It’s big on storage space, but doesn’t have to be removed in order to be accessed. You can also wear it one of three different ways. For 29 percent equity, Tweedie wanted $200,000.

In the end, the sharks pass. Tweedie wanted too much cash for goodwill – $200,000 – and the sharks roundly agreed that this product wasn’t going to be easy enough to differentiate from others on the market.

Finally, we had a former Navy SEAL who served three combat deployments to Iraq, Eli Crane, and his wife, Jen. The two of them had a very appropriate product for the theme of the show: a bottle opener made from a .50 caliber shell and topped off with a dummy bullet. For $150,000, they were giving 10 percent equity.

All the sharks but Lori were interested in this one. It came down to Mark and Kevin combining their forces, offering $75,000 apiece for a combined 20 percent of the total equity. Bottle Breacher clearly did their homework. Not only did they have a great product, they came into the tank with proof they could upsell it as well.

RELATED: BEHIND THE SCENES OF SHARK TANK’S PIPCORN

In addition, Crane’s friend Kevin, who played himself in the movie American Sniper, asked for Breachers as gifts for the cast and crew, including Clint Eastwood, who directed, and Bradley Cooper, who starred as SEAL Chris Kyle.