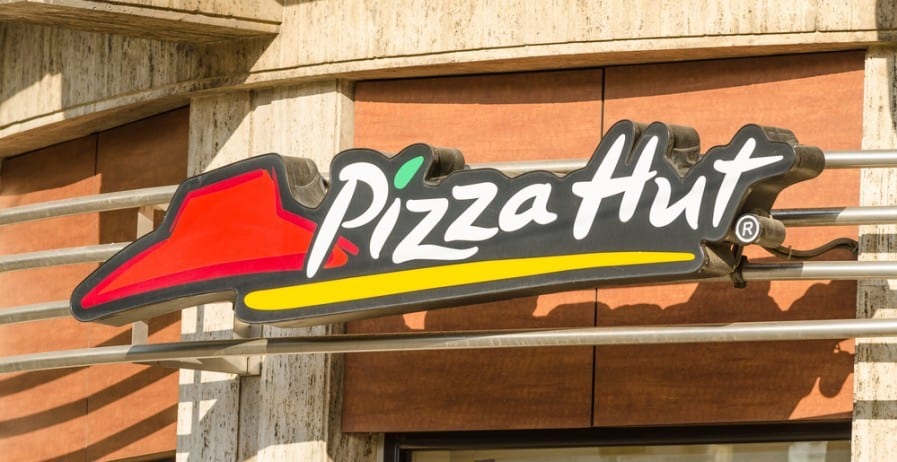 Pizza has woven itself into the fabric of American food culture as deeply as any favorite food. Each year an American will eat an average of 46 slices of pizza, which adds up to a whopping 3 billion pies. If you were to survey a bunch of people each day, on average one out of every eight Americans will have eaten some pizza that day, which is something like 13% of the US population. That kind of strong demand is just one reason why pizza franchises are a natural choice for entrepreneurs seeking to own their own business. Add in such additional toppings as relatively low overhead and high margins and you clearly have a winning combination. There are plenty of pizza franchises to choose from as well, from newer fast-fired artisan pizza chains like Blaze Pizza and Your Pie to buffet-style pizza chains such as CiCi’s Pizza to traditional take-out and delivery operations like Domino’s. But if you want to go with the biggest of them all, then you’ll want to take a closer look at a Pizza Hut franchise, which is the focus of this article.

From Humble Beginnings to Top Dog

Pizza Hut was started by Frank and Dan Carney, a pair of brothers who were students at Wichita State University in Kansas. They borrowed $600 from their mother to open the first location in Wichita back in 1958, and began franchising in 1959. By 1971 it was the #1 chain of pizza restaurants; a position it had held ever since. It reached the 5,000 restaurants milestone in 1986, and then hit 10,000 locations in 1994.Today the chain can say it’s the biggest pizza company in the entire world. Its more than 15,000 restaurants in 93 countries across the planet rake in $12 billion in sales each year.

Choose the Format that Fits You

When you select Pizza Hut as your franchise of choice, you still have plenty of options to choose from within the brand. In addition to its more traditional “red-roof” family-style dining locations, there are also store-front take-out and delivery locations, hybrids that do both dine-in and take-out/delivery, the newer upscale Pizza Hut Italian Bistro units, and the smaller fast-food formats of Pizza Hut Express and The Hut, both of which are sometimes collocated with other restaurants such as WingStreet, KFC, and Taco Bell. It’s rare to have so many options within a single franchise brand.

Backed by the Biggest Restaurant Company in the World

Pizza Hut is wholly owned subsidiary of the largest restaurant company in the world – Yum! Brands, Inc. This is a company that knows a few things about restaurants given that it controls such world-famous brands as Taco Bell, KFC, and WingStreet.

Game on for Game Day

When you become part of the Pizza Hut team, you can look forward to your biggest pizza day of the year – Superbowl Sunday. The lead-up to 2015’s big pizza day included a significant overhaul of the menu with its Flavor of Now approach, providing consumers with a new variety of sauces, drizzles, crust flavors, and specialty pizzas that all add up to more than two billion potential combinations on any pizza. The chain also revamped both its website and digital apps (originally introduced in 2009). The results: Pizza Hut set an all-time digital sales record of $10 million by halftime of the big game, translating into more than a million slices consumed.

Ready to find out the 411 on getting your piece of the pie? All you have to do is click here.

5 Ways to Acquire Funding for Your New Business