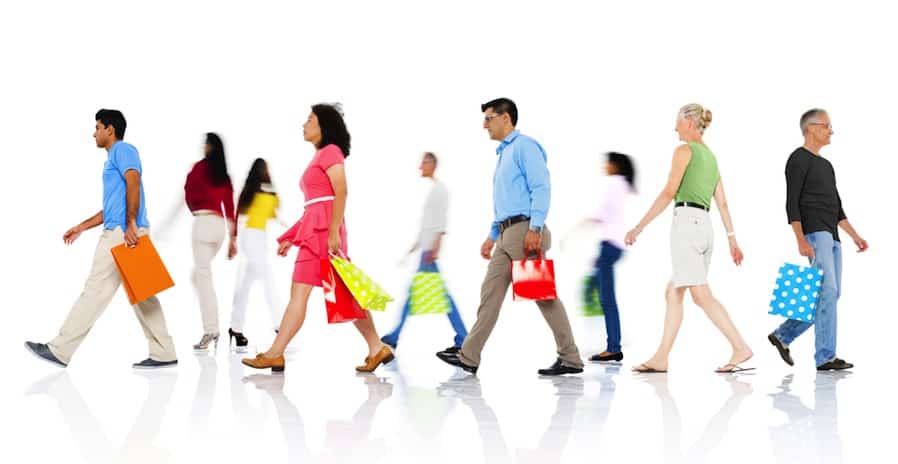 With the next presidential elections rapidly approaching, every day has more news and press about the changing demographics of America. Not only are these changes affecting politics, but they also have an incredible effect on business, including the business prospects and strategies of franchises.

RELATED: 5 RESUME WARNINGS TO SPOT WHEN HIRING FOR YOUR FRANCHISE

In many cases, this decision would be a mistake. Paying attention to demographics and targeting growing demographic groups is one of the best ways to make sure that your business is profitable. Here are some of the demographic changes to look out for in the years to come.

One of the most talked about demographic changes is the increasing age of the average American. As all of the baby boomers head towards retirement, more and more people in America are going to require elderly care and services. Hospice care and assisted living have consistently been some of the fastest growing franchise categories over the last decade, and this will continue for many more years.

Take a look at these important statistics.

The other big demographic change in America is the increasing number of Latinos who are working, living and buying goods and services in the country. Latinos only accounted for about 12 percent of the total U.S. population in 2000, and by 2010 this had increased to over 16 percent.

RELATED: WHAT MAKES A FRANCHISE SUCCESSFUL?

Latinos in the United States have higher birth rates than other ethnic groups, so this is a consumer group that will only become more important in the years and decades to come. Franchisors are responding to these demographics in many different ways. For example, there are now more tax and insurance franchises that cater specifically to Latino clientele including Listo, Pronto and Estrella. Fiesta Auto Insurance and Tax is one of the largest Latino franchises in the country, and it continues to grow steadily every year.

Though the Asian population in the United States is much smaller than the Latino population, it is also growing quickly. These groups are bringing their own consumer needs and tastes, and franchises would do well to target them. It’s important to remember that there are many different ethnic groups and nationalities that qualify as Asian, and many of these groups will need to be targeted and communicated with in unique ways.