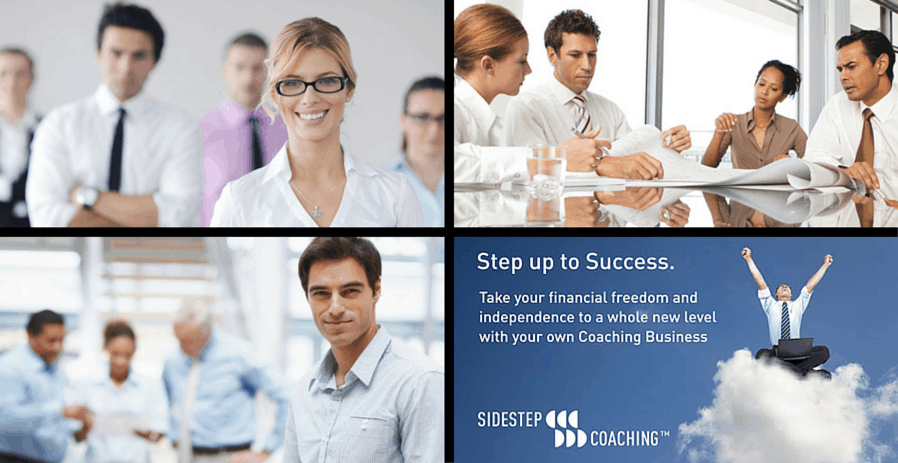 At Sidestep Coaching, qualified Business Coaches help business owners create a business that not only supports the lifestyle they want — but they take it even further. They help them build a business in a consistent, predictable and sustainable way.

As Sidestep Business Coaches guide them through the company’s proven coaching process, business owners will discover better ways to manage their business and life. We recently spoke with Glen Ritchie, owner of a Sidestep Coaching in Vancouver, British Columbia, Canada, about his franchise. We learned why he chose Sidestep, what a typical day looks like for him and where he sees his franchise in five years.

How long have you owned a Sidestep Coaching franchise?

What were you doing before becoming a franchise owner?

Previously I had worked as an Operations Manager for different companies and founded a non-profit organization.

Why did you choose a Sidestep Coaching franchise?

I chose it because I knew I had it in me to be a coach — I felt a real passion for it and felt it was a natural fit. When I started looking for opportunities I found Sidestep had everything I was looking for. In speaking with the team, and specifically with owner Liam Brown over a few months I knew that my approach to business and my philosophies aligned perfectly with what Liam had already built.

Where did you research or get advice about starting a franchise?

I Googled “business coaching franchises” and started looking at some of the companies that came up. I also looked at multiple Franchise Listing sites.

How much did you spend before your doors were officially opened?

As I operate the business from my home and I didn’t need any special equipment, the cost was very reasonable.

What does a typical day look like for you?

My days can vary greatly… as I am managing my 1-on-1 Clients, Holding Seminars, offer the occasional Group Coaching Program. On a typical day, though, I start about 8 AM with checking emails and making some phone calls to clients. I’m usually then coaching for a few hours with different clients. I then leave some time for prospecting, lead generation or responding to people who have been referred to me. At about 4 PM I am usually ready to head to the gym.

What is your secret to success?

What would you do differently if you had to do it all over?

There isn’t anything I would change.

Where do you see your business in five years?

I would like to see my business at a point where I have hired another Business Development staff member and have taken on the Master License for the British Columbia Market and have recruited six to eight coaches.

Other than Liam Brown who I speak to quite often about my business, I don’t have another mentor.

What advice do you have for others looking to own a franchise?

I was the first franchisee to join Sidestep so I didn’t have others to compare with. My advice… make sure you get along well with the person(s) who owns the company and that their philosophies with business align with yours. Also make sure that you will receive outstanding support when you need it. There will be tough days ahead but I know there is a team supporting me no matter what happens and will have my best interest at heart.

Would you recommend others be franchisees? Why?

100 percent I do, without an ounce of hesitation. Sidestep has identified a great sector with service-based businesses and there is such a need in the market. It’s always great because they have all the step-by-step systems for us as franchisees to be successful but to also provide all the tools, programs and processes for our clients to be successful. Liam and the team also provide tremendous support. They are always available to answer questions and help in any way they can.

Where can people get more information on Sidestep Coaching franchise opportunities?

Where can people find Sidestep Coaching on social media?