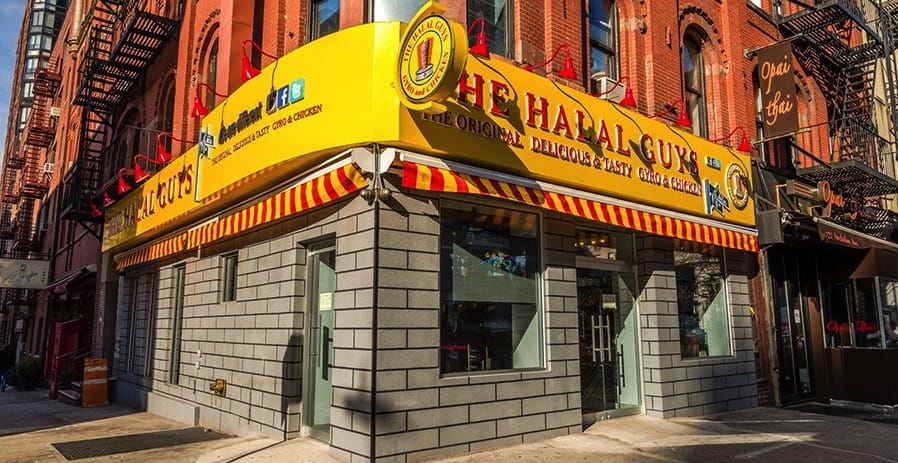 If you’ve never been to New York City, it’s possible that you are not familiar with The Halal Guys, which is a hugely popular restaurant and food cart in the city. Every day the food cart at the intersection of 53rd and 6th Avenue has lines of hundreds of locals and tourists who wait hours to order Middle Eastern food such as gyros, falafel and pita.

The business first began as a single food cart in Manhattan, and the four Egyptian immigrants who founded The Halal Guys never imagined it would become so popular. Over time, the owners have slowly expanded the franchise in New York City, operating multiple food carts and opening a brick-and-mortar restaurant. Because of the massive popularity and acclaim the restaurant has received, they have been fielding franchise offers for a long time. This year, they finally unveiled their global franchising plans, and the number of franchise locations will soon increase exponentially.

When the owners revealed their development targets, many in the franchising industry were stunned by the scope and speed of their planned expansion. There are currently over 200 franchises in development, and more than 100 of these locations will remain in the United States. Halal Guys Franchises will open all across the country — in Los Angeles, Houston, Chicago and other major metropolitan areas. International locations will stretch from Europe to Asia, and will help to develop global brand recognition for the burgeoning franchise.

The owners themselves are very surprised with the tremendous interest in their franchise. With over 200 franchises sold in 2015, The Halal Guys has sold more franchises in one year than Five Guys sold in several years. As long as the new franchises are developed correctly, there is potential for each location to be very successful.

Waiting for the Right Time

The Halal Guys food cart first started serving customers in the 1990s, and the business has been ridiculously successful in New York for more than a decade. This made some people wonder why the owners hadn’t franchised sooner. Franchise offers and opportunities have been available for many years, but the business decided to wait until 2015 to move ahead with their big expansion plans.

The major reason for this was that they wanted to wait out the recession. With the US economy finally growing at a stable rate, The Halal Guys felt confident that the franchises would have a great chance to succeed. More people are working, spending money and eating out, and the franchise hopes to capitalize on that.

The owners have also said that American tastes have changed a lot since the 1990s, and they weren’t sure if Middle Eastern food was popular enough in the past to start franchising. At this point, more than 95 percent of their customers are non-Muslim, so they no longer think this is a problem. Depending on the success of these first franchise locations, The Halal Guys might become one of the best franchise opportunities in the next couple years. They are definitely a business to keep an eye on.