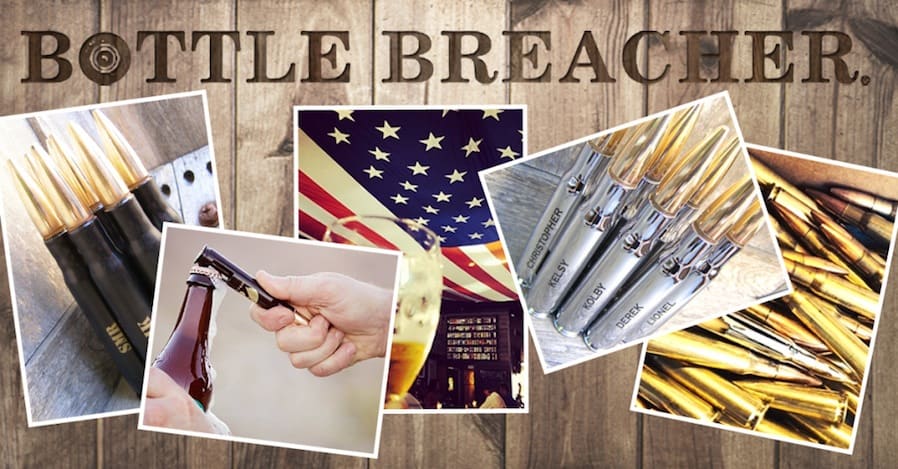 If you watch Shark Tank, one thing you may be curious about is how well the companies do once they leave the show. As they only get a small slice of screen time, you might also have a number of other unanswered questions about the businesses that are highlighted. On Veteran’s Day last year, a company called Bottle Breacher showed up and walked away a winner. Here are a few little know facts about their appearance:

It Was Co-Founded by a Couple

Bottle Breacher was on Shark Tank because Eli Crane was a former NAVY Seal. His wife, Jen, was also part of founding the company as well. On top of that, they’re also a mother and father to two children. Working as a couple, the Cranes say, is both a blessing and a challenge.

RELATED: BEHIND THE SCENES OF SHARK TANK’S PIPCORN

However, to implement a bit of space, each of them has their own office. Some days, they don’t even see each other all day, except for lunch, because of how different their roles are in the company.

If you think that being a Navy SEAL and having seen active deployments in Iraq would pay off in the business world, you’re right. One especially important trait Crane has internalized is the importance of remaining calm. No doubt this helped him inside the shark tank, but it has also made a big difference with running his company. After their episode, the Crane’s startup blew up and received national attention.

One of Eli’s friends was in the movie American Sniper and asked the Cranes for Bottle Breachers to give them to the entire cast and crew, including the director, Clint Eastwood, and the star, Bradley Cooper.

The famous NASCAR family, the Earnhardts also own Bottle Breachers as do a number of other professional athletes.

Crane Waited 11 Hours for His Audition

It probably isn’t surprising that a former Navy SEAL would have no problem getting up early and going the extra mile to achieve his goal. When Crane didn’t hear back from his online Shark Tank application, he went to an open casting call.

After getting up at 3 am and waiting in line for 11 hours, Crane was finally allowed to audition at one in the afternoon. With just three minutes to audition, it’s safe to say he nailed it.

The Sharks Have Helped

If you’ve ever wondered how much help the sharks really are when the cameras are off, the Cranes have your answer: a lot. Mark Cuban has made his whole team available to them, which means they’re never wanting for a business specialist, accountant or web developer.

RELATED: WHAT YOU DIDN’T KNOW ABOUT SHARK TANK’S SKINNYSHIRT

O’Leary has also done his part and has been a lot of help where legal aid is concerned. The cranes credit the experience of the sharks with making a huge difference with the progress their startup has made.

At the rate they’re going, it would seem that Bottle Breacher will be finishing 2015 as a banner year for the company.